So far, 18 people were caught by the police. 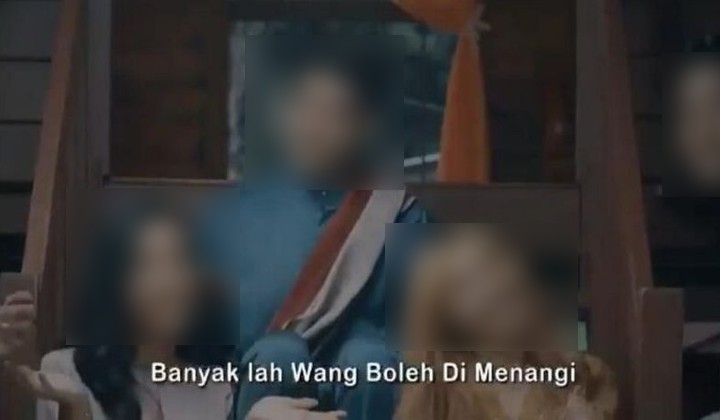 While the government has asked social media platforms such as Facebook, Twitter and YouTube to take down video content of advertisements promoting gambling, there’s a possibility that the application may not be 100 percent met.

Sinar Harian quoted Malaysian Communications and Multimedia Commission (MCMC) Chairman Dr Fadhlullah Suhaimi Abdul Malek who said it was because these platforms are based overseas and may hold different values ​​to Malaysians.

What we think is not good for us, they might think otherwise. So we can’t expect 100 percent (of our application to be fulfilled) because maybe people remember when we apply, they will take it down. Actually, sometimes, that’s not the case.

However, Fadhlullah said MCMC will continue to work so that these gambling-related videos are being taken down on all platforms.

So far, the police have arrested 18 people who were allegedly involved with the video.

The latest arrests, a total of five people comprising the film director, singer and composer have been remanded today and investigations are still ongoing to track down the online gambling syndicate.

Below are the two videos that went viral over the weekend that was reuploaded on YouTube.