The police found a total of 12,500 pieces of $100 US dollar notes as well as 100 pieces of gold ingots weighing one kilogram each, estimated to be worth a total of RM28 million. 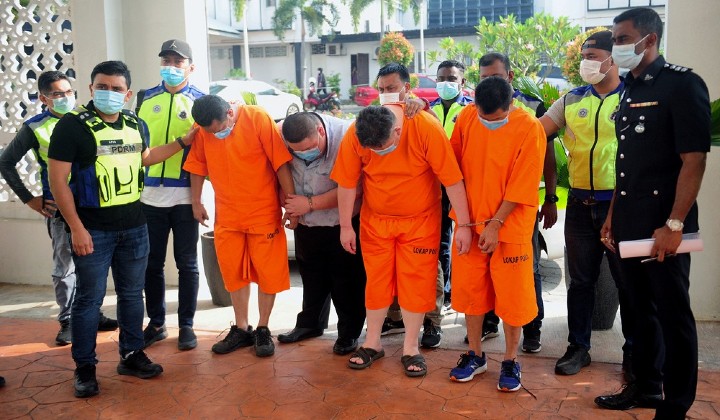 After arresting four suspects who were connected to an incident of two bodyguards being beaten by their employer for fasting, the police revealed that the group were actually involved illegal activities such as unlicensed money lending syndicate or ‘ah long’ as well as illegal gambling.

Berita Harian quoted Selangor police chief Datuk Arjunaidi Mohamed who said that police found the evidence following a raid and inspection at one of suspects’ house in Klang.

After the arrest, police found a total of 12,500 pieces of $100 US dollar notes as well as 100 pieces of gold ingots weighing one kilogram each.

The total amount is estimated at RM28.45 million based on the current gold price.

Also seized was a pistol with 10 bullets, five mobile phones and a cane believed to have been used to hit the victims.

Previously, the police caught four suspects aged between 35 and 43 who were then brought to the Klang Court for the police to obtain a remand order this morning.

One of the suspects was remanded for seven days while the other three were remanded for five days. All the suspects arrested have no previous record. For the case in South Klang, the police classified the case according to Section 324 of the Penal Code (PC); as well as Section 298 PC and 307 PC.

The police are also investigating the case under Section 5(2) of the Moneylenders Act 1951, as well as Section 4(1) of the Anti-Money Laundering, Anti-Terrorism Financing and Proceeds of Unlawful Activities Act 2001.