Mariappan supports his family on a small government pension and had been living in a PPR flat in KL. 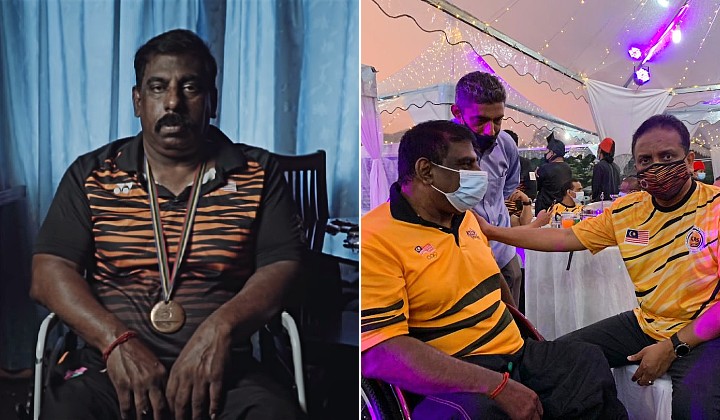 63-year-old retired Paralympian Mariappan Perumal was said to have grinned from ear to ear when he heard the news that he would be rewarded with his dream home with the help of Youth and Sports (KBS) Minister Datuk Seri Reezal Merican Naina Merican.

The two-time powerlifting medalist who’s also the country’s first-ever Paralympic athlete was recently featured in a 10-minute documentary by VICE News which highlighted the plight of disabled persons (OKU) in Malaysia.

Starting his powerlifting career in 1980, Mariappan represented Malaysia seven times in the Paralympics. Since his retirement, the father of three supports his family on a small government pension and had been living in a humble People Housing Project (PPR) flat in Kuala Lumpur.

“Since I have made a lot of sacrifices for the country, people were sad to know that I stayed in a PPR unit. My name portrayed excellence, but my life was out,” grieved Mariappan in the VICE documentary.

The para-athlete was also featured on the Humans of Kuala Lumpur Facebook page in 2016, where he shared his hope that other national athletes won’t be left “forgotten” as he had been.

I want to make sure other athletes won’t be forgotten the same way as me. These athletes work hard all their life, and they only deserve the best.

Past efforts and success

Mariappan was one of 10 retired national athletes who were present for a special ‘buka puasa’ event hosted by the National Sports Council (MSN) and attended by Reezal Merican.

The minister said on social media that his ministry will do its best to take care of the nation’s athletes.

We will pay them back for their previous efforts and success.