Clips of the carjacking and teamwork among strangers have spread on WhatsApp and Twitter. 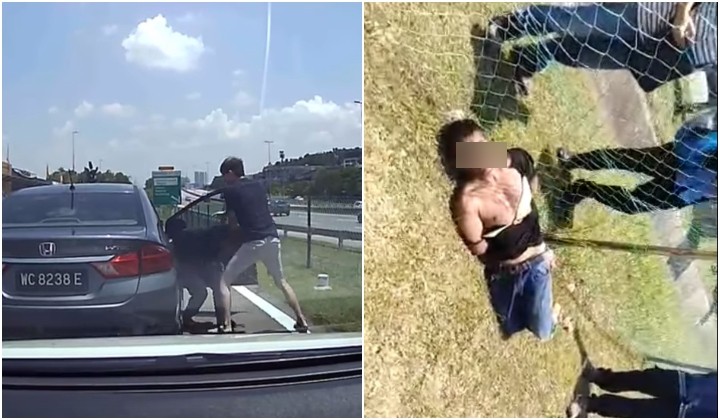 One lady’s nightmare quickly turned into a great tale of Malaysian selflessness when the public banded together to chase down and catch the thief who stole her car at a traffic light in Kuala Lumpur.

Clips of the incident which took place on Tuesday (13 April) making rounds on social media show a man rushing into a Honda City waiting at a traffic light intersection at Jalan Kuchai Maju 13, kicking out the terrified driver.

Thankfully the woman managed to exit the car upon seeing the man forcefully entering her vehicle.

The lady’s car got carjacked, the public helped the lady to get her car back. pic.twitter.com/Zkd4iCynVq

Upon seeing this, other drivers immediately jumped into action and chased after the brazen thief.

As the thief attempted to flee with the stolen Honda City, four other cars were hot on his heels and maneuvered themselves to corner him.

Boxed in, the thief was forced to stop and one motorist was seen dragging him out of the vehicle while the police were called.

The lady’s car got carjacked, the public helped the lady to get her car back. pic.twitter.com/4ZgFVhCRFl

The man was detained by the public and suffered minor injuries on his shoulder and lip after a scuffle when he tried to flee the scene.

Rare footage from a crane above the scene pic.twitter.com/nqpGteIFo4

The woman was unhurt and also followed in the car of another driver who had stopped to help her.

Anuar said the suspect was arrested at the scene and investigations are underway.