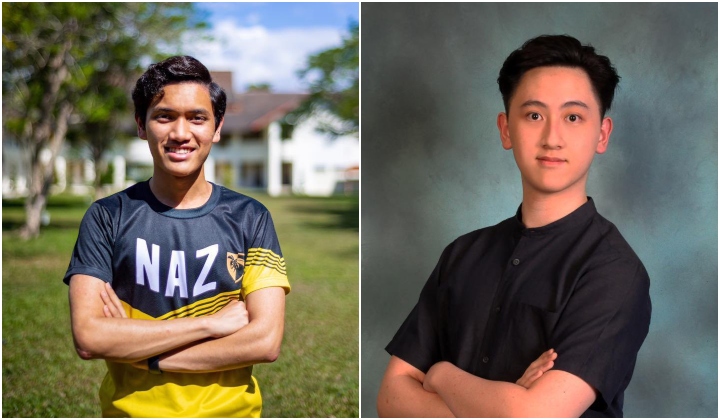 Two Malaysians students have done the country proud by beating great odds to be admitted into Harvard College, the undergraduate school of Harvard University.

Established in 1636, Harvard is the oldest institution of higher learning in the United States, and the Ivy League research university is regarded as among the most prestigious in the world.

As such, the competition to enroll into Harvard is extremely fierce with thousands of talented applicants vying to earn a spot and call themselves a proud graduate of the institution.

This year, however, the competition reached historic heights as an unprecedented surge in applications (43% increase from last year) met Harvard’s lowest admission rate in its 385-year history. Only 3.43%, or 1,968 students out of the 57,435 applicants were accepted to the Class of 2025.

This year Harvard College had the lowest admission rate in its 385-yr history (3.43%). Super proud that these 2 Msians beat the odds. It’s a testament to our public schools & commitment to education, but it also shows how 2 wildly different, talented kids can excel. Congrats! pic.twitter.com/W26SmCzStP

The two wildly impressive Malaysians were interviewed by Malaysian Harvard Alumni Wan Nadiah (Group CEO of TMC Life Sciences and CEO of Thomson Hospital Kota Damansara) and Nick Khaw (Head of Research at Khazanah Nasional Berhad), who had nothing but praises to sing of the students.

There are many ways to Harvard College. Jarell and Hamdi exemplify that, being two very different candidates. However, they both did share something in common, a drive to do something and achieve it despite the circumstances they find themselves in.

What makes Hamdi and Jarell so damn impressive

Hamdi graduated from SM Sains Shah Alam and did his A-levels at Kolej Tuanku Abdul Ja’far as a Bank Negara Kijang Scholar.

Not only that, he is also a debater who gives tuition to secondary school students. In fact, the Kuantan boy who came from a difficult background learned how to speak English by participating in debate competitions at age 14 and decided to pay it forward by devoting himself to mentoring students in rural schools and teaching them debating.

Nick describes Hamdi as philosophical, discussing his worldviews and opinions on current affairs.

Hamdi’s story is an extraordinary one that we hope will inspire others. His challenging life experiences, including working several jobs to help his family make ends meet and attending boarding school to lessen the burden on his family, led him to observe and think deeply about the state of the world around him, pondering the merits of finite/infinite thinking and reading voraciously from Noam Chomsky to Za’aba.

Jarell, on the other hand, is an all round whizz – the kind of genius that your parents would adore.

The Sunway College student represented Malaysia at the SEA Games Dancesport and also competed under the Malaysian flag in the Asian Pacific Mathematical Olympiad and international chess tournaments. He is also a gifted student scoring all A* in his Cambridge International Exams.

Despite the Covid-19 restrictions, Jarell also managed to continue his passions and taught dance classes to youths aged 7-14 years over Zoom. He also pursued his interest in Mathematics independently, exploring beyond the A-levels curriculum to explore proof-based math.

This indicates a dedication and intellectual curiosity that goes beyond typical school-based curriculum.

At Harvard, Hamdi plans to further his studies in Economics while Jarell plans to major in Mathematics.

Congratulations to these two brilliant Malaysians, and we’re looking forward to their future success!