Police say the signature was forged and are on the case. 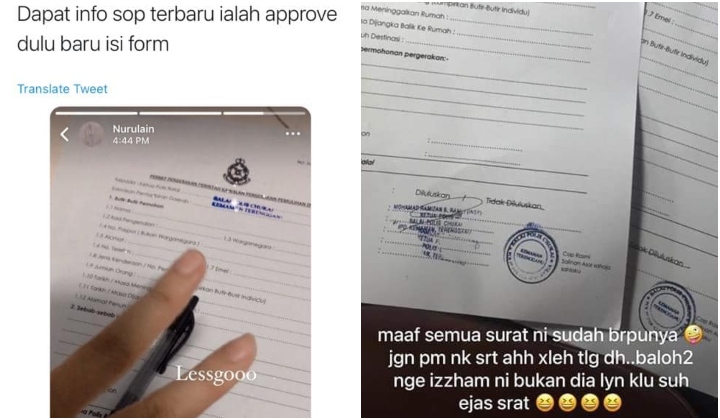 Under the nationwide Movement Control Order (MCO), interstate travel is not allowed without police approval. However, Malaysians are now questioning if there’s a new standard operating procedure (SOP) in place after pre-approved blank interstate travel police forms were shared online.

The video was then re-shared on Twitter with the caption “got information that the latest SOP is approve first, then fill up the form.” It quickly went viral with scores of angry Malaysians questioning the abuse of power while many had to endure hardships of not being able to see families across the state border for months.

Police responds and says it is… fake

Within hours of the post going viral, Kemaman district police chief Superintendent Hanyan Ramlan released a statement denying that there is a new SOP in place for interstate travel.

“It is understood that the form was issued to a woman to cross the state to Kuala Lumpur to attend an interview scheduled for 8th April 2021,” he said.

The police have opened investigation papers under Section 468 of the Penal Code for forgery for the purpose of deceiving and Section 233 of the Communications and Multimedia Act 1998 for the improper use of network facilities or network services.