If you’ve ever wondered where your drugs came from, well we’ve got some bad news… 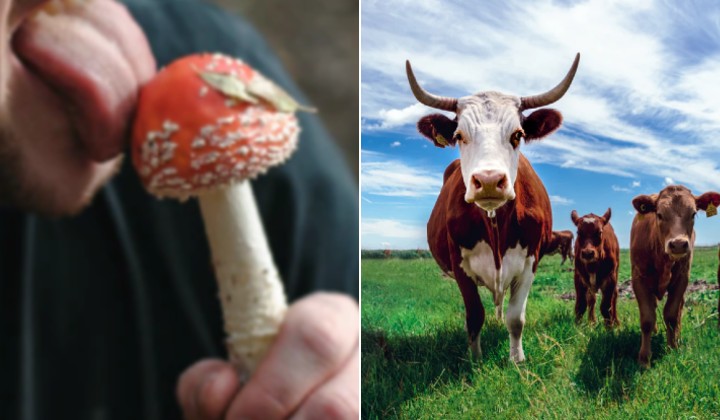 Remember the crazy stories grownups use to tell us, of how drug addicts who couldn’t get themselves a fix of their usual narcotics would huff cow manure in desperation to get high, to scare us off from taking on the disgusting habit.

Well as it turns out, kids in 2021 are moo-ving up their party game by consuming hallucinogenic mushrooms which were literally grown from bullsh!t.

According to PDRM’s narcotics squad, a drug made from mushrooms produced out of cow dung have been making its rounds at wild parties and entertainment outlets in Malaysia.

The cow dung mushrooms are said to be processed into liquids, mixed into drinks and taken to make people hallucinate.

Police caution the public of its illegal use and explained that the drug will show up on a urine test.

PDRM’s narcotics division explained that demand for recreational drugs such as heroin, syabu and cannabis was still high.

Police revealed that more than 300 arrests were made during the one-year Movement Control Order (MCO) period involving deliverymen, courier and their recipients getting busted with drugs.

Though it may sound like udder nonsense, there actually IS a nationwide problem with people sniffing cow poop to get high.

The National Anti-Drugs Agency (AADK) revealed that the act of sniffing or inhaling substances like glue, paint, petrol and of course, cow dung, is prevalent in the country, especially among youths.

Even though the problem largely goes unnoticed, addicts were said to be using excrement and other substances as an alternative to get fixed because they could not afford to buy drugs.

What’s The Secret Blend Of Success?