Yew Aun made an impact on the scene with the game he co-created; the first marine-themed role-playing card game in Malaysia: Reef Stakes 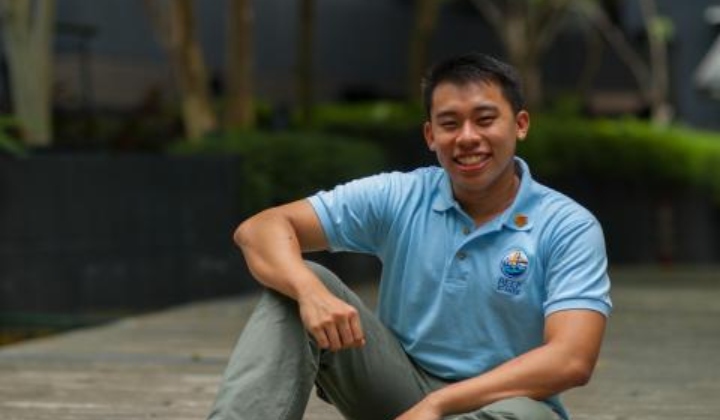 Quek Yew Aun has been selected by the North American Association for Environmental Education (NAAEE) to be on their ‘2021 EE 30 under 30 Changemaker” list for his efforts promoting marine conservation awareness.

A marine biologist by training, the 27-year-old is currently in the Malaysian civil service attached to the biodiversity division of the Energy and Natural Resources Ministry, working on conservation policy. He has been involved in a variety environmental education and outreach programs, and was previously a Conservation Officer for the Malaysian Conservation Alliance for Tigers (MYCAT).

Reef Spawn: Broadcasting Marine Environmental Education in Malaysia and Beyond

The project is a youth capacity development program. Through four practitioner-led virtual sessions followed by a three-day, two-night hands-on bootcamp, Reef Spawn will equip 12 budding conservationists with the knowledge and skills necessary to contribute to the marine environment in Malaysia.

The 12 selected participants will be expected to broadcast the lessons learned and empower other youths in their communities to champion the marine environment.

Aside from students in marine biology or environmental science, we hope to encourage more youths from a non-science background to apply. The marine environment is threatened today more than ever before so until we get everyone involved, there can be no progress.

They will also produce three awareness videos on the marine environment in Malaysia.

We will involve stakeholders from the public and private sectors, NGOs and local communities to ensure we equip budding conservationists with the knowledge and skills necessary to contribute to the marine environment

Applications to the Reef Spawn Program are accepted from April 4 to April 23. The application form can be found here.

Yew Aun made an impact on the scene with the game he co-created the first marine-themed role-playing card game in Malaysia: Reef Stakes

Reef Stakes is a game designed to mimic real-life stakeholder relationships, introduce some of Malaysia’s most iconic marine species, and highlight threats to coral reefs.

Since its inception in 2017, it has been used by various organisations for their outreach work and have been awarded the Young Southeast Asian Leaders Initiative (YSEALI) Seeds of the Future grant.

I congratulate Yew Aun and the entire Reef Stakes® team for this award and their commitment to environmental education.