The bombing took place on Sunday and injured at least 20 people. 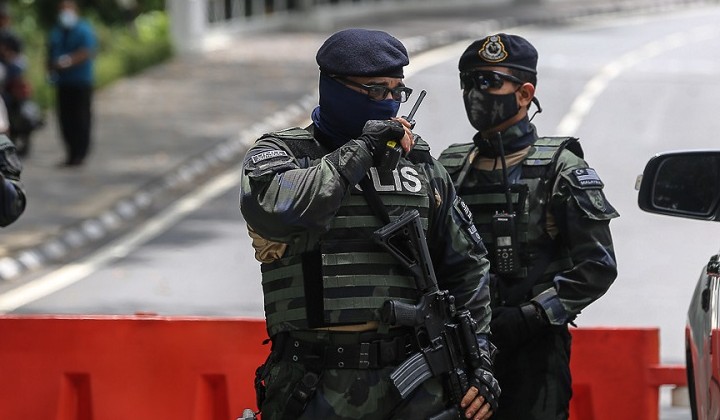 The Royal Malaysian Police (PDRM) is on the lookout for any development and influence of militants in the country, following a bombing incident outside a church near Makassar, Indonesia, last Sunday.

Berita Harian quoted the Inspector General of Police Tan Sri Abdul Hamid Bador, who said that issues related to religion need to be taken seriously in order to avoid being exploited by certain parties, invoking hate sentiments which threaten the safety of the state.

The incident in Makassar was very shocking and sad. The PDRM takes these developments seriously and constantly monitors developments in the influence of these militants. It would be very dangerous for the safety of the country if this issue related to religion was exploited, which sparks hate sentiment

It was reported that two suicide bombers in Indonesia detonated explosives outside a Catholic church in Makassar which wounded at least 20 people on 27 March.

The attack took place Sunday when the congregation was inside the church.

Authorities there identified the notorious Jamaah Anshorut Daulah (JAD) – an affiliate of Daesh – as the perpetrators behind the bombing.

The group has been responsible for deadly suicide bombings before, such as the attack on three churches in 2018 which resulted in 12 deaths.

The US State Department have previously identified JAD as a terrorist organization, as an umbrella group formed in 2015 and composed of almost two dozen Indonesian extremist outfits that pledged allegiance to ISIS leader Abu Bakr al-Baghdadi, reports CNN.

Their acts of terrorism is not restricted to Indonesia, as the group was reportedly behind the bombings in the Philippines in 2018 which killed 14 people.