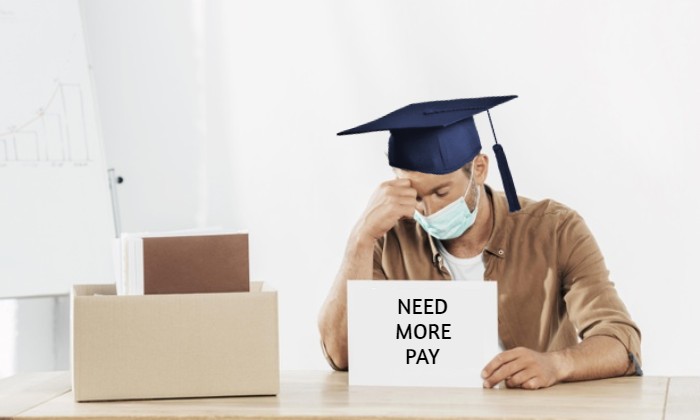 Malaysian fresh graduates in 2020 earned way less pay than their peers who joined the workforce in 2019 revealed the Malaysian Statistics Department (DOSM).

According to a report by The Malaysian Insight, DOSM stated that a majority of degree graduates entering the job market last year received an estimated monthly salary of just between RM1,001 and RM1,500 – compared to the average RM2,001 tod RM2,500 recorded in 2019.

DOSM Chief Statistician Mohd Uzir Mahidin was quoted as saying that most Malaysian fresh graduates are earning just above the minimum wage which was set to RM1,200 in 2020.

The amount is noted to be similar to the pay grade for diploma graduates in 2020 who also earned between RM1,001 to RM1,500.

Meanwhile, Malaysian PhD and Masters graduates reportedly earned a monthly salary of between RM5,001 to RM10,000.

He explained the Covid-19 pandemic caused lower labour force participation (LFPR) among fresh grads last year, particularly those who are 24-years-old and below.

The graduates’ employability, which encompassed employment, continued study, skills improvement and waiting for job placement, was at 84.4 per cent… However, for the young age group of 24 years and below, LFPR was at 64.8 per cent in 2020 compared to 70.2 per cent in 2019.

Last year, the Higher Education Ministry (MOHE) projected that around 75,000 out of 300,000 fresh graduates will face challenges in the job market as the economy struggles to find its footing following the pandemic.

According to the 2021 Malaysian Economic Statistics Review (MESR), the number of employed persons in the country continues to rise slowly especially in the wholesale and retail industry, followed by jobs in the health industry, social work and education fields.