Nicky Liow Soon Hee is wanted for money laundering, though he first became infamous for beating up RELA officers. 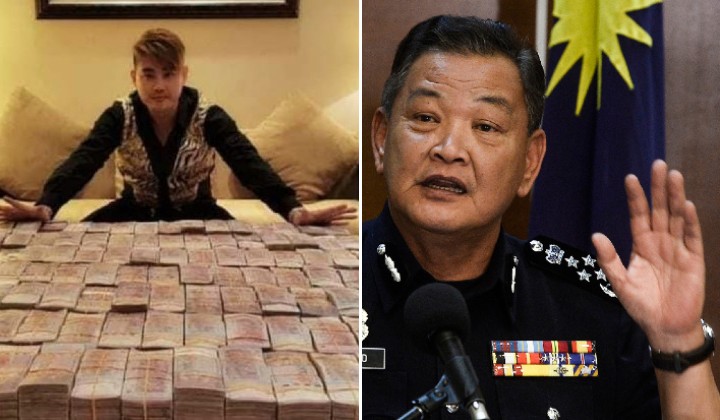 It was reported by The Star that he fled with eight bags of cash and the police believe that he is still within the country. He was last seen in Puchong on 20 March.

Johor Police Chief Comm Datuk Ayob Khan Mydin Pitchay said that his movements might be limited now due to the fact that his two brothers – age 28 and 30 – have been arrested on drug related offences.

It’s also reported that both siblings hold Datuk and Datuk Seri titles and had a close relationship to Liow.

Our checks also revealed that Liow had over RM40mil in his personal accounts, based on information from Bank Negara.

The information was leaked

Meanwhile, Inspector-General of Police Tan Sri Abdul Hamid Bador revealed to media that information pertaining to ‘Ops Pelican 3.0’, to hunt down Datuk Seri Nicky Liow Soon Hee and other members of his gang, was leaked.

It was reported by The Edge that those who leaked the information were from within the police force.

Based on the interrogations done, there has been an information leak, and due to this, Nicky Liow managed to transfer a large amount of money out of the premises.

It was also revealed that 34 public sector personnel, including from within the Police Force are believed to have been involved and investigations have uncovered that a former deputy public prosecutor who carries the title ‘Datuk’ were among the individuals who leaked information.

68 of his people have already been arrested

The police arrested 68 people who are believed to be part of the gang associated with Nicky Liow Soon Hee.

Abdul Hamid said that all these individuals were detained for various offenses, including money laundering.