It is supposed to be implemented in July. 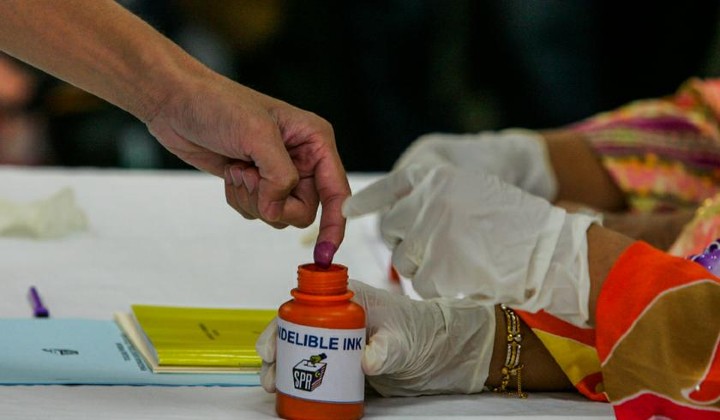 Automatic voter registration and eligibility to vote at the age of 18 is expected to be feasible only after 1 September next year said Chairman of the Election Commission (EC), Datuk Abdul Ghani Salleh.

Based on reports from Berita Harian, he said that they should be realistic with the development and current situation in the country which is generally still in the period of Movement Control Order (MCO) to curb the spread of Covid-19.

Indirectly, he said, such a situation affected the EC’s planning and preparations for the successful registration of automatic voters and 18-year-old votes, which was previously expected to be implemented in July this year.

Malaysian United Democratic Alliance (MUDA) has declared that it will take the government to court over the matter.

The Star quoted MUDA pro-tem committee member Lim Wei Jiet who said efforts are ongoing to file a case against the government.

Undi18 has also issued a statement to hold the Government accountable to their promise and are facilitating a legal action to compel the EC to allow 18 to 20-year-olds to register as voters.

They said that legal action is expected to be filed on 2 April.

Some politicians are mad

Muar Assemblyman Syed Saddiq went on Twitter to question the delay, pointing out the inconsistencies in the government’s policies.

It’s okay to take our money,
but we can’t vote.

In a statement published on his website, he said it should be noted that the EC’s statement last year is just a repeat of the statement issued by the former Minister in the Prime Minister’s Department, the late Datuk V.K Liew in October 2019 which has set the same target.

The reason that the Movement Control Order (PKP) has affected the planning and preparation of the EC is also unreasonable as the PKP has been implemented for more than a year. In fact, the response of the Minister in the Prime Minister’s Department (Parliament and Law) in the Dewan Rakyat in November last year also still maintained the July 2021 target for the implementation of Vote 18 and this automatic registration. Less than 5 months after the answer in the Dewan Rakyat was issued, the EC inadvertently announced the postponement of its implementation to more than one year, namely September 2022 compared to July 2021.

Communications and Multimedia Minister Datuk Seri Saifuddin Abdullah also questioned the move on Twitter, and said that that the definition of youth and maturity is subjective.

To make a national policy, a certain age is usually chosen. This is what happened in #Undi18. Age 18 is accepted as mature. Dewan Rakyat has approved #Undi18 & automatic registration. It is good that the implementation is expedited.