The tweet was bought as a nonfungible token, popularly known in cryptocurrency circles as an NFT. 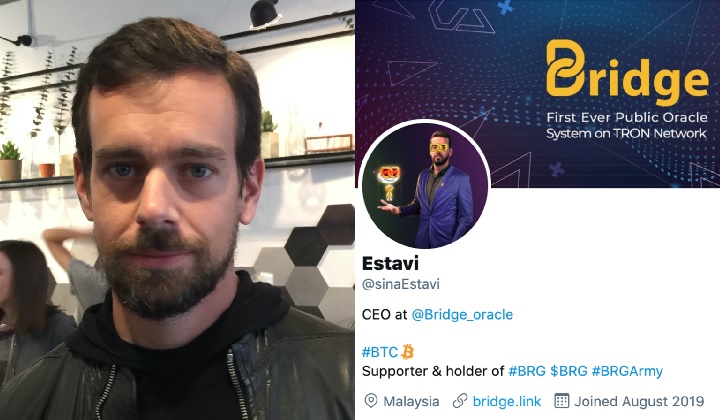 Twitter founder Jack Dorsey’s first ever tweet has been sold for the equivalent of $2.9m (RM13.9m) to a Malaysia-based businessman.

The tweet, which said “just setting up my twttr,” was first published on March 21, 2006 and was auctioned off by Mr Dorsey for charity.

According to the BBC “Malaysia-based buyer Sina Estavi compared the purchase to buying a Mona Lisa painting.”

The tweet was bought using the ethereum cryptocurrency which at present is the second largest cryptocurrency in terms of market capitalization. It is second only to the more popular bitcoin.

Estavi, the chief executive of technology firm Bridge Oracle purchased the tweet as what is known as a nonfungible token or popularly known in cryptocurrency circles as an NFT.

What are NFT’s and Why Are They Worth Millions?

An NFT is a unique digital certificate that utilizes the bitcoin technology to authenticate ownership of digital assets. It states who owns a photo, video or other form of online media. Each NFT is completely unique and acts as a collector’s item that can’t be duplicated, making them rare by design.

NFTs have seen surging popularity this year with expensive digital artwork also being sold this way.

Most notably was a recent Christie’s auction where by an artist known as Beeple sold his art work entitled Everydays – The First 5000 Days for an impressive $69.3 million (RM 285m).

According to reports, Dorsey the twitter founder would convert the proceeds from ethereum to bitcoin and would then donate them to the Give Directly’s Africa Response fund.

The buyer Estavi will receive a certificate, digitally signed and verified by Dorsey, as well as the metadata of the original tweet. The data will include information such as the time the tweet was posted and its text contents.

Social media experts predict the sale of NFTs and other online posts will become more popular as we see the popularity of cryptocurrencies going more and more mainstream.

“We live in an age where celebrities, musicians and influencers have more than fans, they have stans, and they will want to own a piece of their favourite stars,” said Cathy Hackl, founder of technology consultancy Futures Intelligence Group.

“Just like people buy physical memorabilia, they will buy their tweets, posts, and snaps because they want to feel close to that star”.

What do you think? Let us know whether you think a piece of digital art is worth millions of dollars on TRP’s Facebook, Twitter, and Instagram