This isn’t the first time a concrete slab has fallen from SUKE. 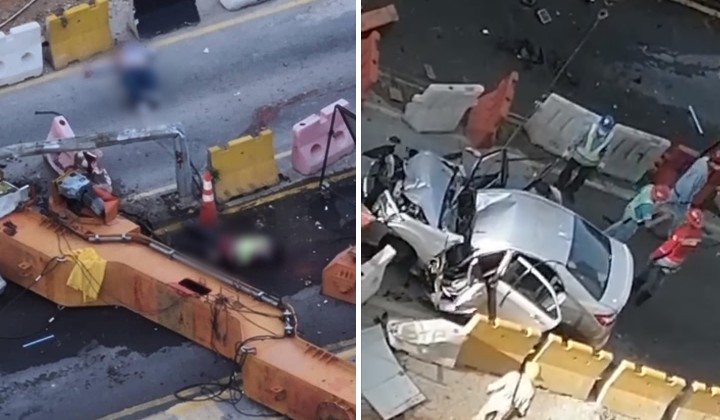 At around 8.30am today, residents of Puncak Banyan Apartments in Taman Connaught, Cheras, were disturbed by an extremely loud crash.

Construction of the Sungai Besi-Ulu Klang Elevated Expressway (SUKE) Highway on the road right next to the apartments and behind UCSI University has yielded yet another terrifying accident, this time ending in tragedy.

A large portion of concrete had collapsed, taking a construction crane with it.

The road has currently been blocked off and authorities are at the scene.

The developers of the expressway, Projek Lintasan Kota Holdings Sdn Bhd (Prolintas), have yet to release a statement on the accident, although they have noted that commuters will need to make a detour at this time due to the closure of this part of the road.

Not the first time SUKE was involved

Late last year, SUKE was also involved in a freak accident where a concrete slab fell onto a car on the road.

Fortunately for those involved last year, they escaped unhurt.

READ MORE: Concrete Slab Falls On A Proton Saga In KL, While A Tower Crane Piece Falls On A MyVi In PJ