Journalist Azrul Affandi Sobry points out that the whole appeal process is a mess. 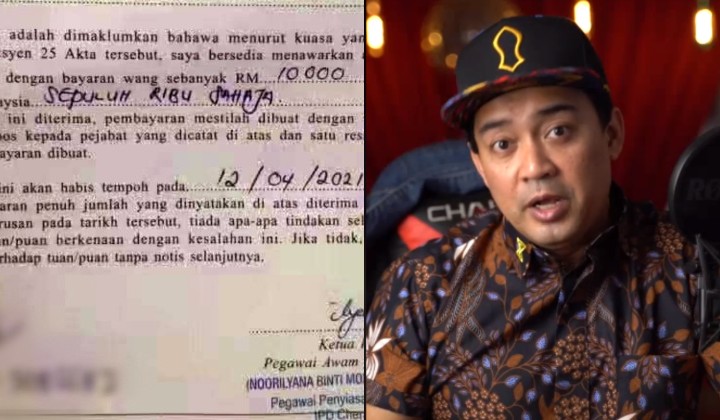 A clear system is needed before the RM10,000 compound for SOP breaches can be implemented.

Journalist Azrul Affandi Sobry pointed out that haphazard announcements are not only confusing to Malaysians, but even government agencies who were supposed to handle the appeal process are not sure of how the system works.

In a TikTok video he posted recently, Azrul cited a report from MalaysiaGazette which stated that district offices claimed they do not have authority to reduce the fines and redirected offenders to Putrajaya instead, requiring them to acquire police permission to travel inter-district or inter-state.

The report also mentioned that district health offices did not receive instructions from the Ministry to handle the appeals.

People need to know that if they are given the compound, what can they do to appeal for a lesser fine.

He also said the inconsistency in how much the RM10,000 can be lessened makes it vulnerable for exploitation by dishonest officers wanting to make a quick buck.

That’s why there should be guidelines, if this is the offense, here is the amount. It’s for the public to get a clearer picture and the people should know because that is their right.

Azrul said that this is one of the implications when the government is implementing something without engaging with the relevant stakeholders.

The compound for SOP breaches was increased from RM1000 to RM10,000 starting 11 March, according to reports.

Inspector General of Police Chief Tan Sri Abdul Hamid Bador said the written compound notice is RM10,000 if it violates the SOP, but it depends on the discretion of District Health Officers (PKD) to determine the final amount.

It was later revealed by Law Minister Datuk Seri Takiyuddin Hassan that there’s three categories of offences and those who pay early get discounts up to 50%.

READ MORE: What You Need To Know About The RM10,000 Compounds