The film crew said they had permission, but it turns out, they didn’t. 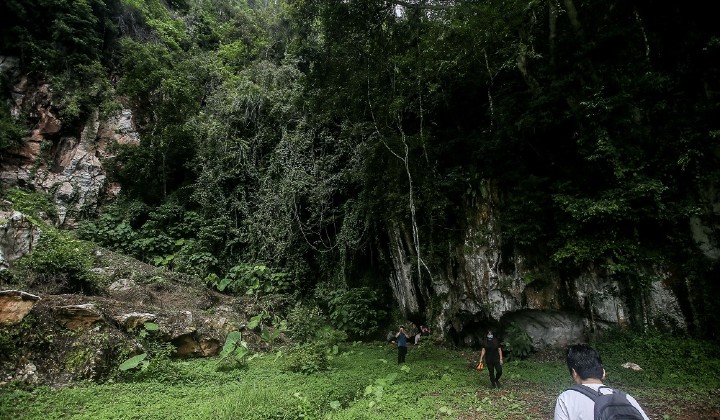 The ancient mammal fossil that was found in Gua Matsoorat, Ipoh, last year has been damaged.

It was confirmed by Perak Natural Heritage Geopark Tour Guides Association Chairman Mohd Fadly Md Noor after a group of people, who were believed to be part of a film production company visited the cave recently.

He told The Star that the company failed to show any proof that they had permission to shoot in the cave despite claiming that they have permits.

The group dispersed when a police car came to check but the damage has already been done.

We went inside the cave to check its condition and found the fossil broken, mud all over the place, and a candle on the wall.

It was also revealed that the group only had permission to shoot at Gunung Lang by the Ipoh City Council.

Matsoorat Cave, located near Gunung Lang in Perak is the 19th geopark in the Kinta Valley – the second geopark in Malaysia after Langkawi’s Unesco Global Geopark – and it spans across an area of 1,952 sq km.

Many discoveries were made previously in the area, including a 80,000 year old stegodon (an ancient elephant) fossil which has never been discovered in Malaysia before.

The discovery has implications on the migration routes of ancient flora and fauna, including humans, as well as environmental changes in the Southeast Asian region.

Although Kinta Valley has obtained the national geopark status, nearby quarrying activities Gunung Lanno, Gunung Terundum and Gunung Rapat has raised concerns from environmentalists of the damage it will do towards the flora and fauna.