There will be 260 roadblocks nationwide. 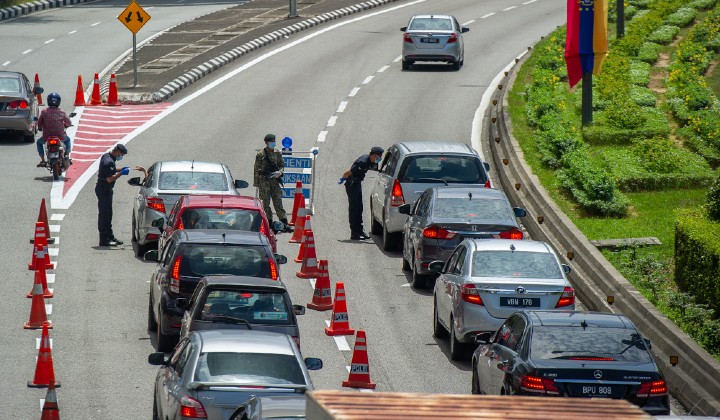 The Royal Malaysian Police (PDRM) will tighten inspections on any cross-state movements starting 12 March to sniff out individuals who take the opportunity to cross state borders without permission.

Berita Harian quoted the Inspector-General of Police, Tan Sri Abdul Hamid Bador, who said that a total of 36,000 officers and members have been assigned to roadblocks and are instructed to identify individuals who violate the Standard Operating Procedures (SOP), especially those who drive around without permission.

It’s also reported that a total of 260 roadblocks will be scattered throughout the country, especially at exit and entry routes of each state.

Starting tomorrow, I have given strict instructions to all officers and members in the field especially at every cross -state roadblock to focus on cross-state offenses without permission. This inspection is made to ensure that only those who have permission are allowed to move across the state.

He added that although daily Covid-19 cases have decreased recently, Malaysians shouldn’t take the pandemic lightly.

Previously, the government announced that it was allowing domestic tourism between Recovery Movement Control Order (RMCO) states but the new travel bubble only allows people to travel with government-registered tourism agencies.