He said the vaccines were only given to frontliners. 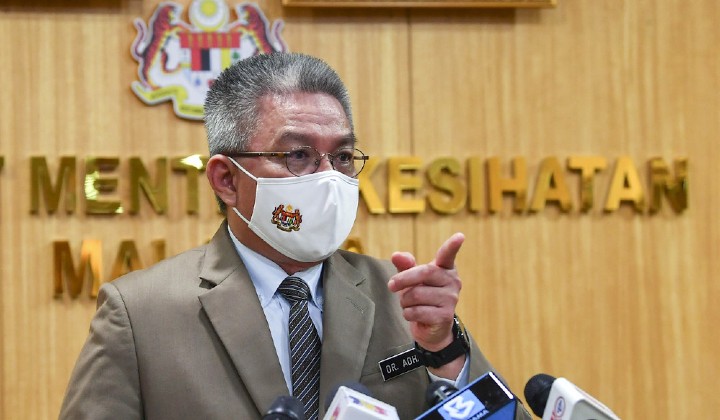 There’s no evidence on the queue-cutting issue for Covid-19 vaccines based on the investigations made by the Health Ministry, said its Minister Datuk Seri Dr Adham Baba.

Based on an interview with Malay Mail, the Minister said that the vaccines were given to those who were supposed to get them.

So, I deny there was queue-cutting. What happened was, after investigations, I found that those who were supposed to be vaccinated did not turn up or did not come on time as they should. The issue is that when we open a vial, six people need to be vaccinated at one go. During registration some of them were there and when it was time to be administered, they were not. So we were forced to find others at that time to avoid wasting the vaccine. That did happen, but we still gave the jabs to frontliners. Not those who were accused of getting it because of their connections.

He said that it was given to frontliners who were present at that time instead.

The alleged queue-cutting issue sparked an uproar among the online community who were questioning the Ministry over who were supposed to get vaccinated first.

Touching on government officials getting the jab, Dr Adham said that state executive councillors, elected federal and state lawmakers as well as senators were listed as frontliners.

Seeing that it’s a serious issue, the Minister said he has ordered the Director-General Tan Sri Dr Noor Hisham Abdullah and all state health directors to investigate any claims on the matter.

The frontliner list, which includes government officials, was previously announced by Science, Technology and Innovation Minister Khairy Jamaluddin, who is in charge of Malaysia’s vaccine roll-out.

In a statement released online, MOH reminded staff of their work and social media ethics when faced with allegations that healthcare professionals and frontliners were going public with concerning information on the National Immunization Program (NIP) and its procedures.