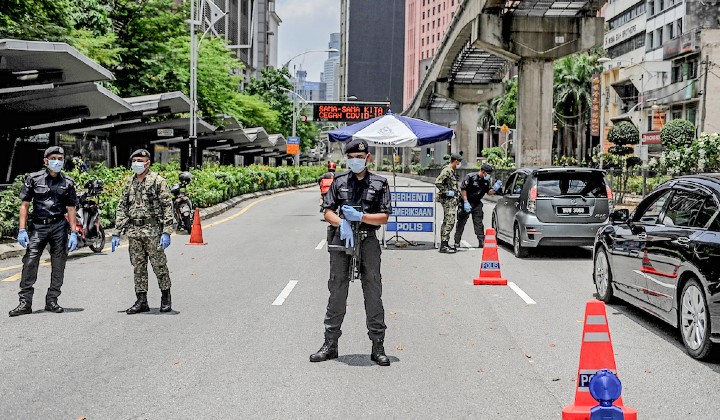 Authorities will crack down hard on anyone who violates Covid-19 standard operating procedure (SOP) and those who spread misinformation about the coronavirus vaccines.

Starting 11 March, individuals who disobey SOP may be fined up to RM10,000, while companies and corporations found guilty of the same offences can face fines up to RM50,000.

The new rules were published under the Emergency (Prevention and Control of Infectious Diseases) (Amendment) Ordinance 2021 on the e-Federal Gazette.

The Federal Government had previously gazetted the Emergency (Essential Powers) Ordinance 2021 as a means to control the pandemic in January.

Read More: The Emergency Ordinance: We Try To Simplify The More Relevant Points

Amendments and additions to the law include

Authorities may order individuals infected with Covid-19 or anyone who is suspected of having either the infection or close contact with the virus, to wear a “tracing device” such as an identification wristband. Damaging, tampering or losing the tracing device is an offence against the law.

A Director-General (like the Health D-G for instance) may issue any specific or general directions to anyone, regardless of “class” or status, for the purpose of preventing and controlling infectious disease. Disobeying such orders will be considered an offence.

Punishable offences under the Prevention and Control of Infectious Diseases Act 1988 (Act 342) will be a “seizable offence”, meaning that authorities have the power to arrest individuals.

Authorities are given “power to arrest” anyone who’s committed or attempting to commit offences under Act 342.

Authorities are also given “power to investigate” and “power to furnish information” where they are authorised to carry out investigations under Act 342 in accordance with the Criminal Procedure Code (Act 593) and acquire people to provide any information necessary to prevent and control infections.

Anyone who commits an offence under Act 342 “which no penalty is expressly provided” can be charged with a fine up to RM100,000 or prison for up to seven years, or both.

Actions that violate Act 342 is an offence under the law and can be punishable by a fine of up to RM50,000 or imprisonment of up to six months, or both.

Company management such as directors, CEOs, COOs, managers, secretaries or other similar officers are liable to be charged individually or together if the company commits an offence under Act 342.

With the National Immunization Program (NIP) now underway, police warned that stern action will be taken against individuals who spread fake news about the Covid-19 vaccines.

Cases will be investigated Section 505 (B) of the Penal Code (Act 574) for publishing or circulating statements, rumours or reports causing fear and alarm to the public, as well as Section 233 of the Communications and Multimedia Act 1998 (Act 588) for the improper use of network facilities or services to create or solicit obscene, indecent, false or offensive content.

Each offence can carry punishment of extensive fines and jail time of up to two years.