Wan Fayhsal says that there needs to be an institutionalized political education first before Malaysian youth can be ready to vote. 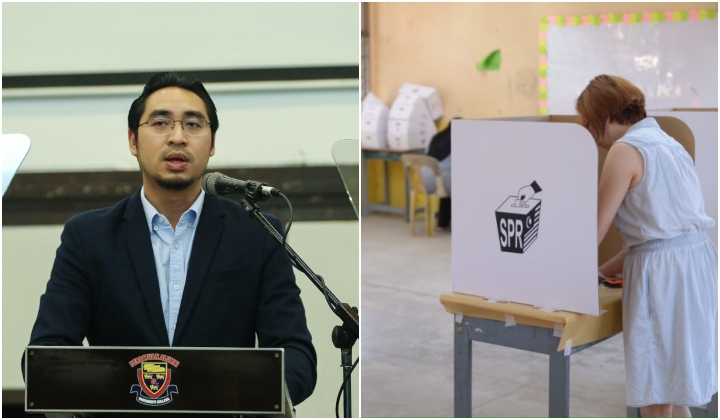 [UPDATE: Article has been rectified regarding gazettement of the Constitution (Amendment) Act 2019. The Deputy Minister has also replied to state his support for Undi 18 and that it wasn’t his intention to imply that Malaysian youth are not ready to vote. Read more HERE.]

This is despite the bill passing Parliament in July 2019 and made history as the first successful constitutional amendment which received support from both sides of the political divide. The bill received 211 votes out of 222 in Dewan Rakyat with zero nays.

The senator allegedly made the statement during a discussion on the New Economic Policy (NEP) on Clubhouse – an invitation-only audio-chat social networking app.

According to listeners of the discussion, a panellist asked the senator about the present government continuing the work done by the previous government such as Undi 18 which received unanimous support.

Selangor State Executive Councillor private secretary Daniel Teoh, who posed the question to Wan Fayhsal, told TRP that the deputy minister initially did not dismiss or object to Undi 18.

He stressed the need for readiness among the soon-to-be voters. He continued in this vein on how important it is for young voters to be ready and informed, and after a while I felt like he was implying that young Malaysians are not yet ready to exercise their voting rights and they would need some form of prior institutionalised political education. He, however, stressed that it’s not like the infamous BTN.

BTN is the National Civics Bureau – an agency under Barisan Nasional that was abolished under Pakatan Harapan in 2018 due to “evidence showing that the programme was misused to spread misguided indoctrination.”

Several other witnesses confirmed with TRP that the Deputy Minister believed for Undi18 to be gazetted, there must be institutionalized political education first in order for Malaysian youth to be ready.

Why isn’t Undi18 in effect yet?

Though Bills passed in Parliament automatically become law 30 days after given to the Yang di-Pertuan Agong (YDPA) for royal assent, it is not applied or enforceable unless it has been gazetted (aka published).

According to the legal eagles at AskLegal.my, the rationale behind this is that the law should be made known to the public in order for the public to be aware of the law in place which might affect them.

Election Commission deputy chairman Azmi Sharom also explained that the law can only come to effect after the automatic voter registration is sorted out, which is estimated to be completed by July 2021.

Why does Undi 18 matter anyway?

The advocacy team behind the Undi 18 campaign points out that Malaysian youth have a right to determine their nation’s political future, including choosing a government to run the country.

The Covid-19 pandemic has left a significant impact on the youth,especially in terms of job prospects and unemployment. According to the Statistics Department, youth unemployment rate recorded at 13.2% in December 2020- the highest rate since 1989.

According to The Star, Malaysia’s voter base is expected to increase from approximately 15 million in GE14 (14th General Election) to 21 million by GE15. Of this, about 3.8 million will consist of youth aged between 18 and 21.

However, with rumours of a general election expected to take place in soon after the end of the Emergency in August, these new young voters are deemed a “wild card”.

With no previous data available, these young and new voters remain unpredictable to both political divide in how they would cast their ballots.

Even the Election Commission doesn’t have the exact figure with several conflicting reports about the total population of those aged between 18 and 21 as estimates go up as high as 7.8 million new voters.

Sources within BERSATU had told Malay Mail that the party had been gearing up for an election as early as the first half of the year, in order to take advantage of the unknown factor.

Wan Fayhsal’s remarks also come shortly after Dewan Negara president Tan Sri Rais Yatim claimed that the decision to lower the voting age to 18-years-old starting this July was one made hastily and teenagers are still not ready to commit to the democratic process.

The Undi18 team has called for Prime Minister Tan Sri Muhyddin Yassin to state his commitment in implementing this Constitution (Amendment) Bill 2019, and to confirm whether such implementation will really happen in July 2021.

Source: Why does Malaysia take so long to create or change laws? Undi 18: With millions of new voters, Election Commission set to roll out automatic registration by June 2021 Cold feet among Perikatan? As parties gear up for early GE15, Undi18 voters remain a wild card Undi 18 has been passed, but now what? History made as Undi 18 Bill passed with bipartisan support FEDERAL CONSTITUTION REPRINT As at 15 October 2020
Tags
age bill Clubhouse featured GE15 parliament Voting Wan Faysal