The Health Ministry said the Ministers have to follow a strict itinerary. 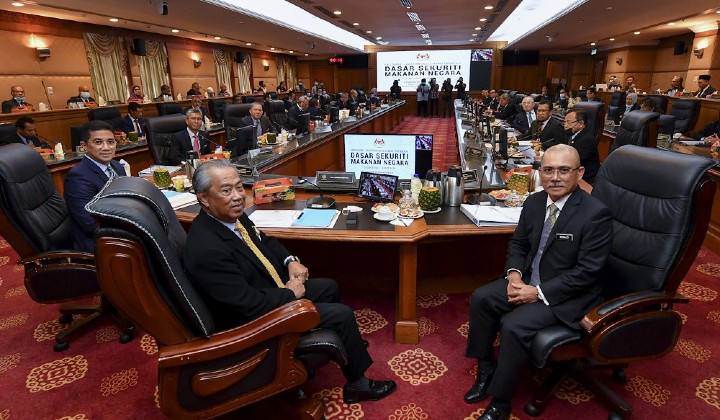 The quarantine period for Cabinet Ministers who return from overseas have been shortened from 10 days to three days following an amendment to Act 342.

The amendment will be in effect from today until 1 August, based on the Prevention and Control Infectious Diseases (Exemption) Order 2021.

Based on reports, everyone else who returns from international trips are required to undergo a 10-day quarantine period.

It was later explained by Health Minister Datuk Dr Adham Baba to CodeBlue that it only applies to Ministers who they follow a strict bubble itinerary.

What that means is that the delegation only meets their overseas counterparts without taking part in any other outside activities between official meetings.

The decision caught the attention of some of the prominent figures in the country, including Perlis Mufti, Datuk Dr Mohd Asri Zainul Abidin who tweeted a cheeky question asking whether he could also have three-day period if he went overseas.

Never we expected that Malaysia would have gone to this level…

If it is not clearly double standard, then what is it? pic.twitter.com/K1SutuF3BB

Even Former Prime Minister Datuk Seri Najib Tun Razak had a say on it as he went on Facebook and the Sabah State Elections as an example of why it’s a bad idea to shorten the quarantine days.

Meanwhile, Marina Mahathir pointed out that the median incubation period for Covid-19 is between four to five days.

‘The median incubation period for Covid-19 is 4-5 days’ #justsaying pic.twitter.com/XAP3zXSf4J

But the one who takes the cake, is Fahmi Reza who tweeted an illustration comparing the treatment given to the common folk and Cabinet Ministers.

The amendment comes hot on the heels of a movement on social media that, among others, called for Covid-19 SOPs to be enforced equally on all levels of Malaysian society.

Many were critical towards the decision and the Health Minister, with the hashtag #AdhamBabaLetakJawatan trended on Twitter, with 11.3k tweets as the time of writing.