Sabah Parks said they were not informed of his activities in the areas under their care. 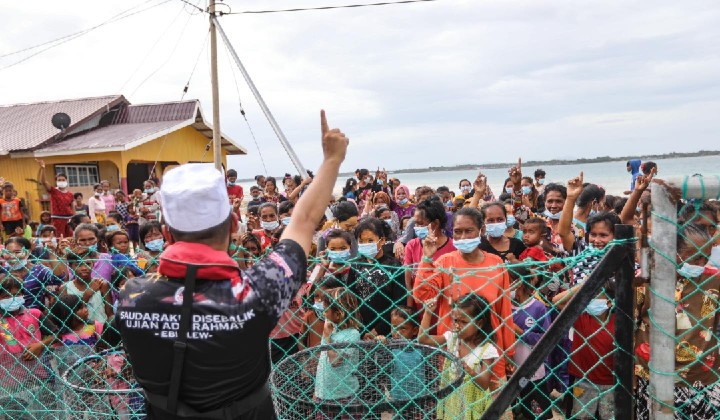 The Sabah Park Authorities have allowed Ustaz Ebit Lew and his entourage to enter the Tun Sakaran Marine Park area after receiving the green light from the National Security Council (MKN).

The government organisation posted a response on Facebook following the complaint and statement uploaded by Lew a few days ago.

They said that special permission is required to enter any area of the park which is currently closed to the public during the period of the Movement Control Order (MCO).

In the statement, the organisation mentioned that they were not given the prior notice for special the permission to enter the area.

As said on Sabah Parks’ official social media page on 12 January 2021, the entire Sabah Parks area was temporarily closed to the public starting 13 January 2021 in accordance with the direction of the Movement Control Order.

After giving the permission, the organisation said that Ebit Lew’s entourage will still be subject to the SOPs of Movement Control Order.

Touching on the construction of building structures such as community centres in the Tun Sakaran Marine Park area, they said it’s subject to the procedures and guidelines related to the interests of the community of heirs in these islands as contained in Surat Pewartaan Taman Marin Tun Sakaran.

Previously, after a controversial conversion ceremony during a charity drive, Lew said he was barred from entering Sempoerna but did not divulge who barred him though police said the directive did not come from them.