There were no reports of any gunshot-like sounds during the incident. 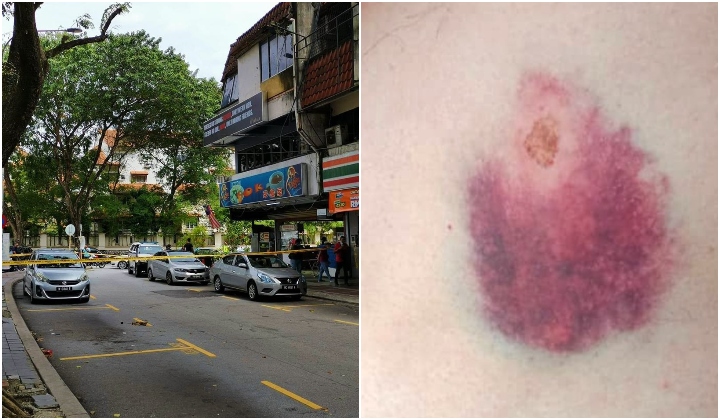 An elderly man at a restaurant in Taman Tun Dr. Ismail (TTDI), Kuala Lumpur sustained minor injuries after being hit by a bullet on Sunday (31 Jan).

According to a statement by Brickfields District Police Chief Assistant Commissioner Anuar Omar, while cleaning the restaurant kitchen located at Jalan Aminuddin Baki, TTDI, the elderly man felt sudden pain around his armpit area and noticed he was injured there.

After looking around, he noticed what appeared to be a bullet lying by his foot

The 69-year-old man later visited a private clinic for treatment before lodging a police report over the matter at noon the following day (1 Feb).

The case went viral on social media yesterday, with discussions held in a closed Facebook group for TTDI residents, on Twitter, and forwarded through WhatsApp.

On WhatsApp, a picture of a bullet and the man’s injuries, together with a voice note from him saying that he has since made a police report and the police are investigating the case was shared widely.

In the voice note, the man also clarified that he does not know who shot him, adding that the whole incident is “no big deal”.

TTDI residents have confirmed with TRP that the voice is a near match to a stall operator at the restaurant.

The case is being investigated under Section 37 of the Arms Act 1960 for causing injury with arms without a lawful excuse, and Section 307 of the Penal Code for attempted murder.

We have classified the case as attempted murder and causing injury with arms without lawful excuse.

Klang Man Cuts Off His Finger To Prove He Didn’t Kill His Girlfriend, Police Investigating If Its Gang-Related