We kind of expected it. 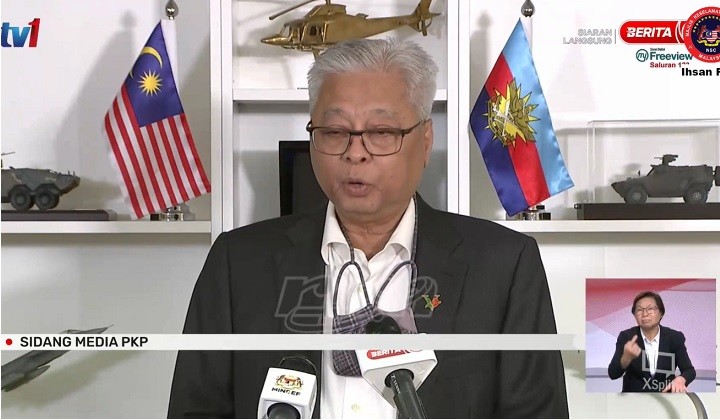 This affects all states – except for Sarawak – which will be under MCO until 18th February 2021.

Sarawak will continue to operate under a Conditional MCO, except for the Song and Kapit districts which are already under MCO.

These states still show an increasing trend in infections with a positivity rate of 20% to 40% in clusters. Besides that, the spread of sporadic cases in the community is high as well, which includes Malaysians and non-Malaysians.

The Senior Minister stresses that while MCO 2.0 is far less restrictive than the first nationwide MCO last year, the public must strictly adhere to the SOPs in place in order to curb the spread of Covid-19.

Interstate travel and social activities are still not allowed during MCO.

When asked whether the penalties will be increased for individuals and companies who don’t comply with the SOPs, Ismail Sabri said that the Attorney General is preparing a draft proposal to increase the compound and fine in court if convicted.

This matter is being prepared by the Attorney General’s Department and if approved, we will announce later.

Previously, it was reported that the government were contemplating whether to extend MCO 2.0 due to its effects on the economy even though restrictions have relaxed compared to the previous MCO last year.

Ismail Sabri said that it was especially difficult for daily wage earners who would not be able to earn an income if economic activities were restricted further, highlighting the importance of balancing out the need to protect lives and preserving livelihood.

It was also reported that the government will impose harsher penalties and fines to SOP flouters which was RM1,000 under the Prevention and Control of the Infectious Diseases Act 1998.

He said the previous penalty was inadequate, especially with cases involving companies such as Top Glove who could not be fined more than RM1,000 according to the law.