But we won’t be getting it until the end of this year. 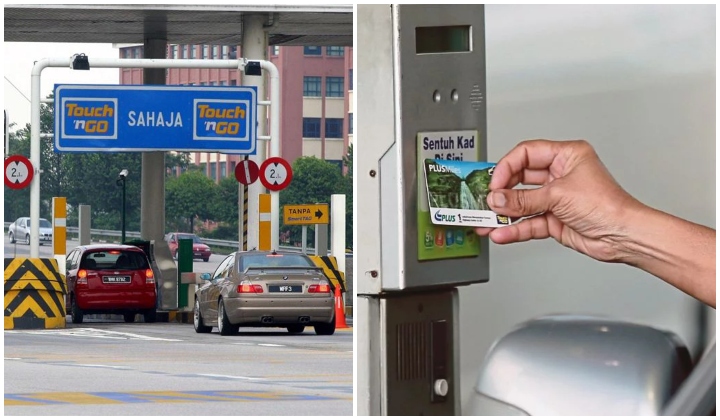 According to The Star, Touch ‘n Go is finally going to make our lives easier by giving us what we’ve been asking for… a long time, really.

That’s right, you can finally reload your TnG card via the eWallet AND the 10% parking surcharge will be removed!

Effendy Shahul Hamid who has been the new CEO at Touch ‘n Go for just three months is moving the company into a more customer-centric approach. The two key problems they are looking at fixing is the ability to reload your physical Touch ‘n Go card through your Touch ‘n Go eWallet and the additional 10% surcharge if you pay for parking with Touch ‘n Go.

The company is in talks with their reload agents to negotiate zero-surchage imposed on their end users. Already, certain merchants such as Watsons, Guardian, Caring Pharmacy, Giants, and even selected Petronas and Shell stations do not impose the surcharge. Soon, this RM0.50 reload surcharge will be a thing of the past.

In even better news, the 10% parking surcharge for using Touch ‘n Go to pay for parking is expected to be abolished nationwide within the first quarter of 2021, so we finally won’t need to pay extra for a little bit of convenience anymore.

The fragile relationship between the card and the eWallet

It will still take a while for you to be able to top up the balance on your physical card directly through the eWallet, but Effendy promises that the option will be made available by the end of this year.

When the Touch ‘n Go eWallet was first introduced, there was a reasonable assumption that the eWallet would have some sort of symbiotic relationship with the physical Touch ‘n Go card.

However, that was not the case.

So far, the Touch ‘n Go eWallet still mainly operates as a stand-alone e-wallet. While you can register and link your Touch ‘n Go physical Cards to your account, you cannot use your eWallet to topup the card balance directly.

The non-intuitive separation between the eWallet and the physical card was a key complaint for Touch ‘n Go users since the eWallet’s introduction to the public in 2018.

However, the company is finally taking steps to join the two systems.

Since November 2020, you can technically use your eWallet to pay for tolls via the physical card. It works like this:
1) Use your Touch ‘n Go physical card to pay at the toll
2) The toll fee will be deducted from your eWallet balance, not the card balance

It’s not perfect, but at least it’s a workaround for when you want to pay for tolls using your eWallet balance instead.

The additional cost we pay for just using the service

There’s a lot of hidden costs when it comes to using Touch ‘n Go’s services daily, such as the 50 sen charge for topup or the 10% parking surcharge at malls.

Unlike a service such as a credit card, in which the cost of accepting credit cards are absorbed by merchants, the cost of using Touch ‘n Go is paid by the users.

That’s why when we topup RM20 to our Touch ‘n Go cards, only RM19.50 actually goes into our card balance, while the remaining RM0.50 reload surcharge is paid to the reload agents.