Khairuddin Abu Hassan had previously filed a lawsuit against Muhyiddin over the Emergency. 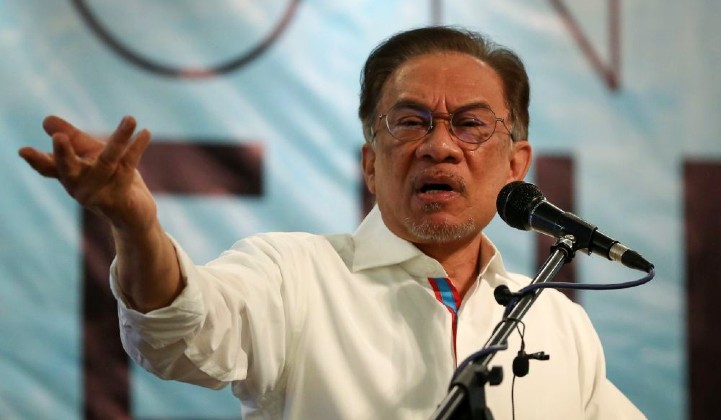 Malay Mail reports that the PKR president is seeking to have the court declare that Muhyiddin’s advice is unlawful.

A statement released by DAP’s Bukit Gelugor MP Ramkarpal Singh explained that Anwar filed the application for leave for judicial review yesterday at the High Court in Kuala Lumpur.

It needs to be stressed that what is being challenged by the applicant isn’t the proclamation of emergency, but the decision of the prime minister (through cabinet) to advise the Yang di-Pertuan Agong to assent to the Emergency (Essential Powers) Ordinance 2021 which suspended Parliament during the emergency period. It is the prime minister’s advice that is regarded to be in violation of the law

Not the first lawsuit against Emergency declaration

Tun Dr Mahathir Mohamad’s stalwart supporter – who has gone on record to say that Anwar is not fit to be PM – Datuk Seri Khairuddin Abu Hassan had also filed a lawsuit against Muhyiddin, challenging the legitimacy of his advice to the YDPA on declaring a state of Emergency.

Khairuddin’s suit was filed in the High Court on 18 January, claiming that the Prime Minister’s advice was not valid as he had allegedly lost the majority support of Members of Parliament (MP).

He wants the court to decide whether the emergency declaration sought by Muhyiddin was done “in fraudem legis” (in fraud of the law).

We are only questioning Muhyiddin’s legitimacy as the prime minister and whether he was in any position to advise Agong on the state of emergency.

Yang di-Pertuan Agong Al-Sultan Abdullah Ri’ayatuddin Al-Mustafa Billah Shah assented to declaring a State of Emergency across Malaysia on 12 January over the rising number of Covid-19 infections in the country.

The State of Emergency is expected to last till August 1. However, it could end earlier based on the advice of an Independent Committee of Parliamentarians and relevant health experts.

READ MORE: The Emergency Ordinance: We Try To Simplify The More Relevant Points