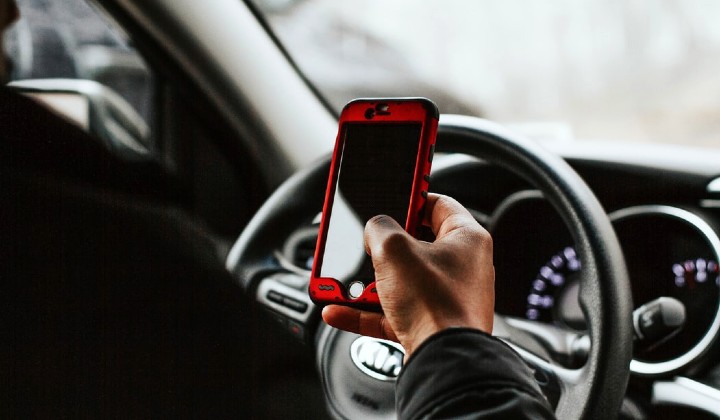 Although it is illegal to use your mobile phone while driving in Malaysia, I’m sure everyone knows at least one person who is notorious for dangerously using their phones while driving.

Well, a man who was doing exactly that may have learned his lesson after accidentally ramming into a police Movement Control Order (MCO) roadblock.

The police’s initial findings revealed that the driver of the vehicle was a 40-year-old man who had been distracted by his mobile phone while driving.

In the 5.50 pm incident on Sunday (17 January), the man accidentally rammed his Perodua Myvi into a police roadblock located on Old Klang Road.

Speaking to The Star who contacted him today (18 January), Brickfields District Police Chief Assistant Commissioner (ACP) Anuar Omar said no one was hurt in the accident, though his roadblock signage did get terribly damaged.

He added that the man told police officers that he was out to buy food at Taman Gembira near Old Klang Road.

We have since detained the man and seized his car.

Following the accident, the man was detained, his car was seized and he was also tested for drugs. However, he tested negative and the police did not find any criminal record.

The man admitted to using his mobile phone while driving and was distracted.

The price of using your phone while driving

The police are investigating the case under Section 26(2) of the Police Act 1967 which states that any person who fails to stop his vehicle before reaching a roadblock barrier shall be guilty of an offence and liable to imprisonment for no more than 1 year or a fine up to RM1,000 or both.

ACP Anuar advises the public to be careful while they drive as any mishap could endanger their lives and the lives of other people on the road.

We’re glad no one was hurt in the incident and hope the man and others learn from this mistake and refrains from using phones while driving.