Breaking down the Emergency Ordinance 2021 for the average Malaysian. 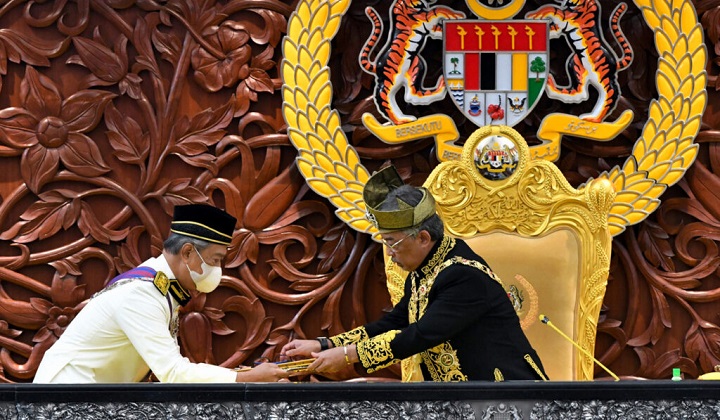 The Federal Government has published the Emergency (Essential Powers) Ordinance 2021 online, some 3 days after it came into effect on 11 January 2021.

While the Ordinance is only in effect during the Emergency, it gives the Yang di-Pertuan Agong (YDPA) or any person authorised by the YDPA quite a lot of power.

While it seems that for the most part, the Ordinance reads pretty similar to previous Emergency Ordinances, here are some of the more interesting points we saw and a simplified summary of them:

(Please note that this summary is not done by a professional lawyer. Please refer to the original document if you have any questions and do contact us for any corrections.)

According to the section, it appears as though the YDPA or any person authorised by the YDPA, can seize anyone’s property and then use it however they think is necessary and order the owner to cooperate.

This means that for example, they could take over a hospital along with all the keys and access cards. When the Emergency ends, they would have to give it all back, though.

Demand for use of resources

The YDPA or anyone authorised by the YDPA, could also demand to use any resources, such as human resources (people), utilities and assets, and make demands of the controller or manager of such resources.

An easy way to think of this is not only could they demand to use an ambulance but also order the driver to keep driving it, or demand to use medical equipment and order the technician to operate the equipment.

Any person or company that does not cooperate and hand over property or heed the demand for resources would be subject, upon conviction, to a fine not exceeding RM5 million or imprisonment of up to 10 years, or both.

Simply put, the YDPA or anyone authorised by the YDPA, can decide whether or not to compensate the owner for using their property, and if so by how much. That decision is final and can’t be even challenged in court.

While the Emergency is in effect, the Armed forces will have the same powers of the police in addition to the powers already provided to them when there’s no Emergency.

This means that the armed forces can do things like search, arrest and detain people just like the police.

Protection against suits and legal proceedings

The Government, any public officer, or any person carrying out orders under the Emergency Ordinance cannot be sued or prosecuted.

At the Federal level, the Prime Minister and Cabinet that was in place before 11 January stay as is, and the same goes, at the state level, for the Menteri Besar/Chief Minister and State Executive Council or State Cabinet.

There is no need to fill vacant seats in the Senate and the Dewan Rakyat (Parliament) until after the Emergency ends, and then those seats have to be filled with 60 days from the day it does.

Furthermore, a general election will be held and Parliament will only meet when the YDPA thinks it is appropriate.

Pretty much the same as the above, except the YDPA will consult with the respective Ruler or the Yang di-Pertua Negeri.

While the Emergency is in force, the laws that govern Parliament are not in effect and the YDPA will decide when Parliament would be summoned, suspended, or dissolved. Furthermore, any meeting scheduled prior to the Emergency which has not been held is now cancelled.

Pretty much the same as the above, except the YDPA will consult with the respective Ruler or the Yang di-Pertua Negeri.

During the Emergency, the YDPA is able to make regulations that are necessary or which may speed up other provisions in the Ordinance.

Those are the points we thought were particularly interesting, and how we interpreted them but you should probably read the document in full on the e-Federal Gazette website.

If you want to read more about the Proclamation of Emergency, what Emergencies are, and previous Emergencies, we have you covered, too.

READ MORE: Agong Declares State Of Emergency, Expected To Last Until August 1
READ MORE: What Is This State of Emergency/Darurat Thing Anyways?
READ MORE: Malaysia Went Into Emergency Twice Before & It Was NOT Pretty