DBKL doesn’t trust us around its parks anymore. 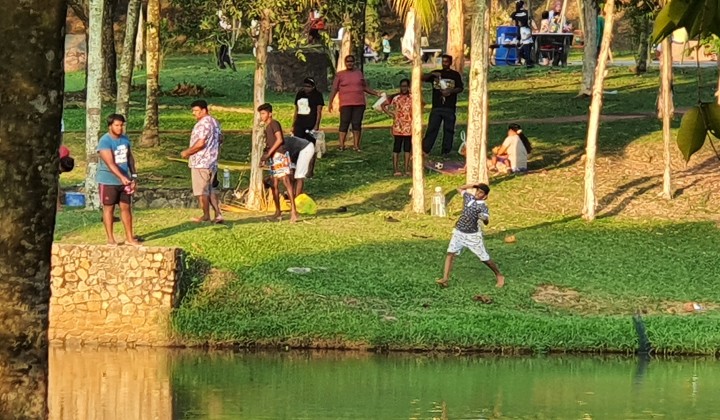 Nine Kuala Lumpur (KL) members of parliament (MP) have disagreed with City Hall’s (DBKL) decision to close all public parks, claiming that such an action goes against Prime Minister Tan Sri Muhyiddin Yassin’s speech, where he said that all public parks can remain open.

However, DBKL announced yesterday that the 14 public parks under its jursidiction will be closed, including the children’s playgrounds. This is because based on their previous experience, the public failed to adhere to SOPs while in the parks.

In their announcement, DBKL noted that residents may still jog and cycle in the areas around and surrounding the parks, but the parks themselves will be closed.

In the joint statement, the MPs noted that Muhyiddin addressed the mental toll of citizens under the MCO, which is why he allowed recreational activities such as jogging and cycling.

For Kuala Lumpur residents, public parks are the most suitable, controlled and safe environment to carry out these activities in accordance with all the standard operating procedures (SOP) of the National Security Council (NSC).

Instead, they urged DBKL to consult with the National Security Council (NSC) to come up with stricter SOPs so that residents can enjoy their recreational activities in the parks while still staying safe.

Naturally, Malaysians had thoughts of their own. Some agreed, while some didn’t.

I agree. All KL parks should be open. There is nothing better than some fresh air and sunshine in times like this. There is zero evidence of any transmission in parks. It is extremely important to exercise outdoors to stay healthy and boost our immune system

Not everyone have big houses that you can jog or cycle or exercise in. PM had said its ok to go out for riadah… Does PM not make sense here? I think the PM understood the need for ppl to go out for some form of exercise but with proper SOP in place.

You can see the joint statement here: