Brotherhood Malaysia fixes potholes out of their own pocket. 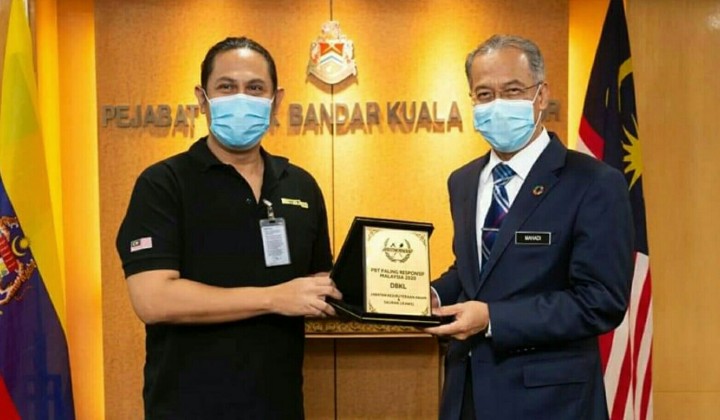 Malaysia’s roads are often littered with potholes that don’t get fixed as fast as we’d like, resulting in injuries and casualties.

Due to how often potholes are left unattended by Kuala Lumpur City Hall (DBKL), The Brotherhood is Lando Zawawi’s answer to the potholes that sit around posing a danger to motorists and motorcyclists alike. They have fixed thousands of potholes on their own since the group’s inception in 2007.

Technically, The Brotherhood is a group of public vigilantes that have been commended for their public service in fixing the roads proactively- a job which actually falls under the responsibility of each city or the Works Department.

According to this post by DBKL, they had a pleasant exchange during which Lando Zawawi expressed his appreciation for City Hall’s quick responses to road damage complaints.

The souvenir exchange included the gifting of a plaque of “Most Responsive Local Authority” to DBKL from Brotherhood compared to other local authorities who they said tried to jail them.

In Brotherhood’s Facebook post on their own page, they noted that the group and DBKL has been at odds since 2012, when they began to fix the potholes that the city wouldn’t.

Lando is a bike enthusiast himself, but the conditions of the roads make riding very dangerous. His relentless motivation comes from wanting to make Kuala Lumpur a safer place to ride and avoid needless casualties as he has already lost ten personal friends due to unsafe road conditions.

Why Alcohol Restriction Is The Right Move, Says NGOs

Miss Tokyo And Travelling? There’s Now A Familiar Reminder Right In The Heart of KL.