It is believed that Sriwijaya Air Flight 182 crashed into the sea shortly after take-off. 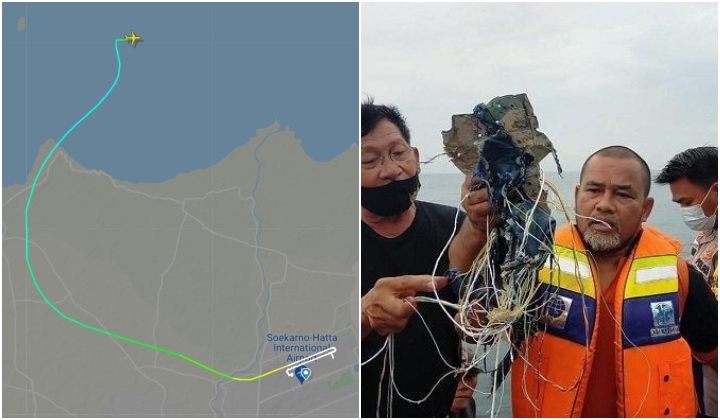 Human body parts believed to be linked to the missing Sriwijaya Air plane were found by the Indonesian investigation team yesterday.

Jakarta police spokesman Yusri Yunus informed the media that the remains were found off the coast of Jakarta, at a location where Sriwijaya Air Flight 182 with 62 people on board is believed to have crashed.

Indonesian aviation authorities lost contact with domestic flight Sriwijaya Air Flight 182 on Saturday, 9 January 2021, at around 3.30pm (Malaysia time) after it took off from the Soekarno-Hatta International Airport in Jakarta en route to Pontianak.

Wanna Book Flight Tickets For GE15? Here Are Some Tips