They think the government might have something to do with it 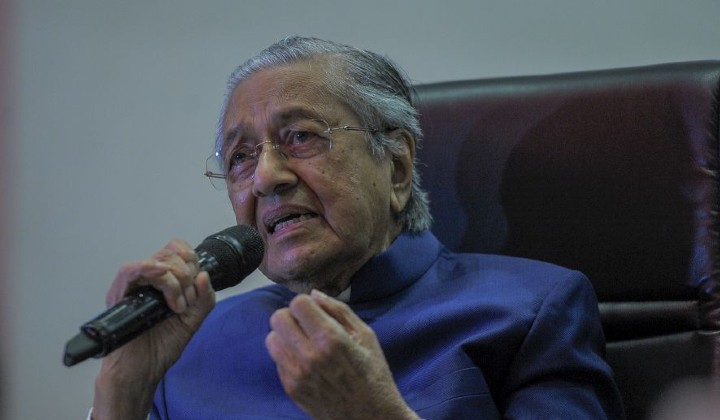 The Registrar of Societies (RoS) have rejected the application from both PEJUANG and MUDA headed by Former Prime Minister Tun Dr Mahathir Mohamad and Former Youth and Sports Minister Syed Saddiq.

We take a look at the reactions from the politicians after the news broke out:

In a press conference today, Dr Mahathir claimed they were told verbally that their application would be approved pending confirmation by the Minister.

This means that an administrative process became political.

Despite being rejected by RoS, Dr Mahathir said that Pejuang will pursue every course possible in accordance to the law to remedy the situation.

Former Youth and Sports Minister Syed Saddiq was furious with the rejection and went on Facebook to issue an official statement on the matter.

He also criticised the government for disallowing his party to register, saying that they are deliberately trying to downplay the youth.

It is very clear that the government of the day is fearful of the youth, many of whom are jaded by the way the country is run and have no loyalty to politicians of the past.Is the government so insecure about their own support that they dare not face a party of so called “small kids”?

Opposition leader and PKR President Datuk Seri Anwar Ibrahim slammed RoS for the decision, saying that it is “completely unacceptable” and demanded the registrar to explain why both parties were unable to register.

He also said, in a Facebook post, that the office of the RoS is not a political tool for the government to use and manipulate to suit their agenda.

Transparency and accountability must be enforced and enshrined so that all members in that department realize their responsibility, and that they will be called to account for their actions.