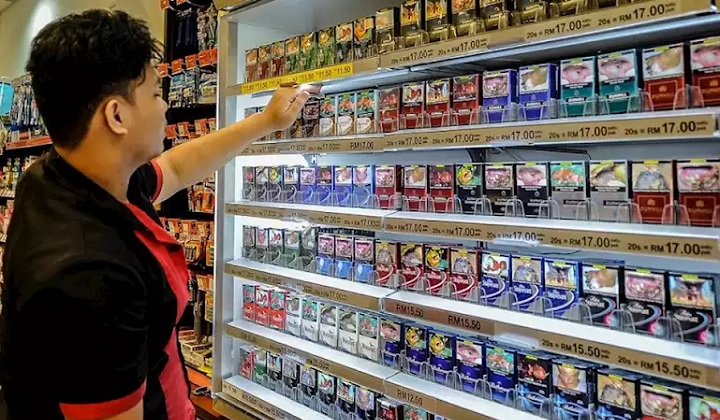 In the last Dewan Rakyat sitting in December 2020, Datuk Seri Ahmad Maslan suggested that halving tobacco taxes to curb the black market as 64% of cigarettes sold in the country were illegal sticks, while only 36% were taxed, legal cigarettes.

The Pontian MP and former deputy finance minister proposed this be carried out in a two-year pilot programme to allow tobacco companies to sell legal cigarettes at RM8 per pack, which is closer to the price of a pack of illicit cigarettes in a bid to address a RM5 billion annual loss in tobacco tax revenue.

While Ahmad’s suggestion received no small amount of backlash online, this move is already in practice in some countries.

In late December 2020, Turkey lowered the special consumption tax on cigarettes and tobacco products to 63% in a move that could help ease some upwards pressure on inflation.

This move comes just five months after Turkey imposed a ban on the sale of hand-rolled cigarettes after hiking cigarette prices drove smokers to tobacco shops whose prices are far cheaper but its contents are difficult to trace – which is a problem Malaysia is extremely familiar with.

The government has already announced steps to address the illegal cigarette trade during the tabling of Budget 2021, including a multi taskforce agency, restricting transshipment of cigarettes and freezing the issuance of import licenses for cigarettes.

But some are saying that’s not enough.

In a recent roundtable by NST on the shadow economy, newspaper columnist and investment and economic analyst and commentator Pankaj Kumar said that the demographics of smokers today are dominated by the B40 segment.

Pankaj Kumar, newspaper columnist and investment and economic analyst and commentator via NST.

With such high concentration in expenditure, Pankaj points out that seeking out cheaper cigarettes is a natural consequence for poor smokers – they just can’t afford legal cigarettes.

To address this, Dr Veerinderjeet Singh, Chairman of Tricor Malaysia and Malaysian Institute of Accountants President, recommended that tobacco companies be allowed to introduce a new product that is taxed at a lower rate via a new excise tier.