It might be nice and chilly now, but Malaysia is actually getting hotter. 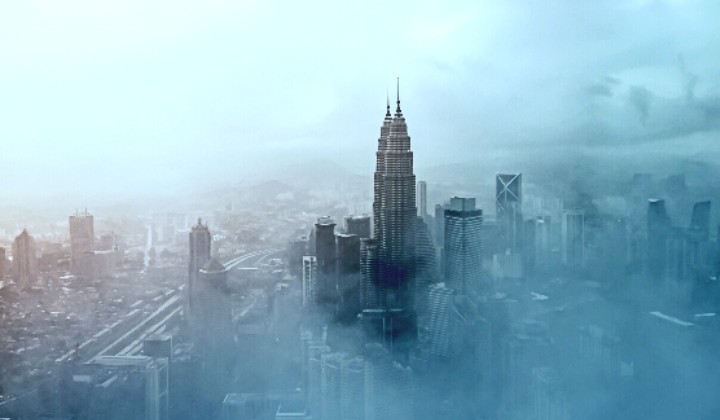 Malaysia has been hit with another, cold spell.

As we celebrated the beginning 2021, thermometers across the country showed drops in temperature – with the needle hovering just above 23°C in the Klang Valley and dipped as low as 21 to 22°C in Terengganu, Pahang and Johor.

The weather had gotten so cold that rumours began spreading that the country would be experiencing “London-like” conditions until the month of February.

Despite the chilly-chatter, the Malaysian Meteorological Department (MetMalaysia) clarified that the rumour is false and that the pleasant chill we’re having is only temporary.

The last time the country got this cold was back in 2018 and 2019, with temperatures in Klang Valley dipping to as low as 22°C.

Prior to that, temperatures in Kedah and Perlis was recorded at 20°C in 2017 and the lowest drop was recorded in 2014 when parts of Kelantan experienced a shivering 17°C.

In fact, things got so chilly in 2014 that meteorologists had to dismiss claims that the temperature drop was due to a lack of solar activity or what scientists call the “sleeping sun” phenomenon.

So why is it so cold now?

According to MetMalaysia, the recent temperature drop is due to the continuous wet and humid weather in most parts of the country, especially in the East and West Coast of the Peninsular.

MetMalaysia also explained that the country would be faced with the current stormy weather till March.

This wet weather coupled with cloudy conditions, cold winds and no direct sunlight makes for cooler than normal temperatures nationwide.

Time of the season

Malaysia’s weather and climate is dictated by the comings and goings of the Monsoon winds – separated into four seasons.

The country’s current “cold season” is caused by the Northeast monsoon which lasts from November till March.

This natural phenomenon is also referred as the “winter monsoon” and during this time, winds blowing from across the South China Sea results in continuous rainfall in most parts of the Peninsular, effectively increasing humidity levels and causing temperatures to drop.

The country’s dry season is brought upon by the Southwest monsoon which begins from May till September.

These months are usually characterised as the hottest time of the year with minimal rainfall and less cloud cover. Temperatures during this time can sometimes dangerously soar up to 40°C.

During the monsoon transition, strong winds hitting the country will blow from various directions, causing thunderstorms and heavy rains across the Peninsular and West Coast.

Although the bout of cold weather we’re having is pleasant, concerningly, Malaysia’s climate is in fact warming up.

In 1998, Malaysia was hit with its hottest dry season yet with temperatures in some parts of the country soring to 40.1°C due to the El Nino phenomenon or the warming of the oceans.

And in early 2020, temperatures across the country sometimes got up to 37.5°C.

Scientists predict that by 2050 the impact of the Climate Crisis will change global climate conditions so much that the tropics (that’s where we are), may face major changes in rainfall patterns and experience extreme droughts.

Over the past years, we also experienced more and more days where temperatures can reach over 30°C and it is also predicted that climate change would result in our shoreline eventually being swallowed up by the sea.

READ MORE: 9 M’sian cities will be underwater by 2050 due to rising sea levels