Illi admits to the couple’s wrongdoing and ignorance. 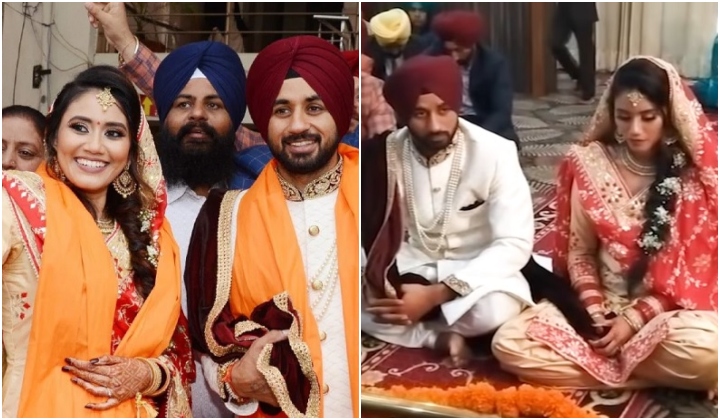 After a wild weekend full of accusations, questions and heated debate over her religious status, Malaysian Illi Najwa Anuar Hussin Saddique has apologised for the confusion caused by her wedding ceremony to India’s hockey captain Manpreet Singh Pawar.

The 27-year-old Malaysian woman had gotten married to Manpreet via Anand Karaj (Sikh marriage ceremony) at a gurdwara in the Indian state of Punjab on 16 December. Illi admits to the couple’s wrongdoing and ignorance.

She also apologised to her family who were dragged into the nationwide religious debate that included responses from government officials stating that they will question her religious status once she returns to Malaysia.

According to Harian Metro, Illi confirmed that her husband converted to Islam at the end of 2019. She explained that the couple had also gotten married in a private nikah ceremony (Islamic marriage) on 16 December.

Illi states that their nikah certificate will be obtained next Wednesday.

As for speculations on her name change to Navpreet Kaur – as reported by Indian news outlets- , the Johorean lass stresses that she has never changed her name or religion.

My name still remains Illi Najwa Anuar Hussin Saddique. My husband’s family has been calling me Navpreet since 2012 because it is difficult for them to say my name.

She will stay in Jalandhar, Punjab with her husband and his family

Her husband told Indian news site The Tribune that Illi will stay in India with his family.

She will stay with my family here. She is getting accustomed to the Punjabi culture and has already become fond of it. We have given a Punjabi name, Navpreet Kaur.

The couple had met in 2012 at the Sultan of Johor Cup where Manpreet was competing and Illi was a spectator.

We had a brief interaction and I was carried away by her charm. I managed to get her phone number and stayed in touch.