We now have 5 intangible cultural heritages recognised by the organisation. 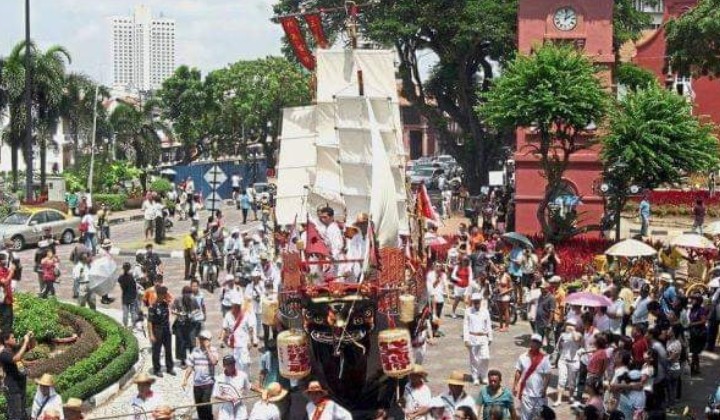 Two of Malaysia’s cultural heritage, the ‘pantun’ and ‘upacara wangkang’ are now listed under the Representative List of the Intangible Cultural Heritage of Humanity category by United Nations Educational, Scientific and Cultural Organisation (Unesco).

She said the decision was announced on 17 December during the 15th session of the Intergovernmental Committee for the Safeguarding of the Intangible Cultural Heritage.

With the latest recognition, Malaysia now has five intangible cultural heritage listed under the Representative List:

The Wangkang procession has been held in Melaka since 1854 by the Fujian or Hokkien Chinese community where a “royal barge” is used to pick up wandering ghosts and evil spirits.

After this is done, the boat is then burned in a cremation ritual to send them into the netherworld and the ceremony is said to bring peace, prosperity and happiness.

It’s reported by The Star that the barge would take around six months to construct.

Meanwhile the pantun, is a Malay twist on writing poems which has four lines with the first two lines being the hints while the last two lines are the meaning.

Another characteristic of this style is that the word on the second and fourth lines would rhyme with each other and it’s the same of the first and the third lines.

Fun fact, this type of poetry was not known to the west until the French adopted the style and named it as pantoum.

Kuching Is A ‘Creative City Of Gastronomy’ Says UNESCO