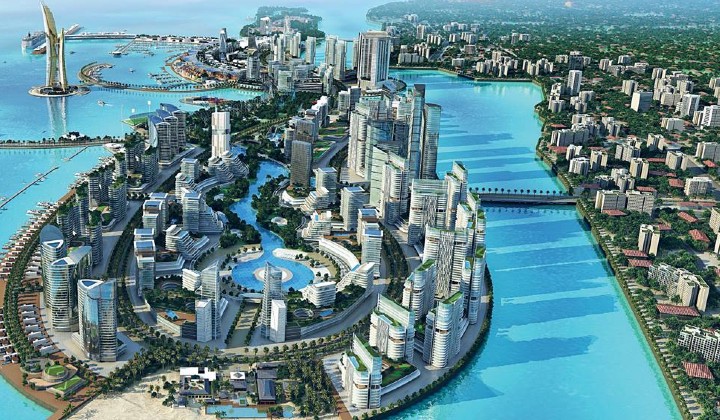 The developer of the RM43 billion Melaka Gateway project has filed a lawsuit against the Melaka state government for terminating their contract in October 2020.

What you need to know: KAJ Development is the master developer of the Melaka Gateway project and holds the concession to reclaim and develop three islands spanning 246 hectares- two of which will be man-made. The development comprises 12 precincts including residential, commercial, cultural, entertainment, and lifestyle blocks.

The company states that it has filed a judicial review challenging the termination notice issued by the Melaka State Government in relation to land reclamation necessary for its mega port project.

Who said what: The developer says that the state government is in breach of the Covid-19 (Temporary Measures) Act 2020 (Act 829) which bars termination of any construction project as a measure to curb the pandemic. The company claims that the termination of construction-related projects cannot be made until after 31st December or a later date set by the authorities.

We had submitted several written requests to the Melaka State Government to extend the land reclamation concession, but they were either ignored or rejected. Then, the 16 October Notice of Termination stated KAJ Development didn’t complete the project as scheduled due to delays.

How did it get here: Melaka Gateway has been in the works since 2014 but in 2018, the company’s port and cruise terminal projects were cancelled by the federal government. The decision was reversed by the transport ministry in November last year on an appeal by the company. The RM682 million cruise terminal was supposed to be completed in September 2020.

“Just Nervous, Tired & Hungry” The Kid Who Collapsed After Being Vaccinated Wasn’t Sick