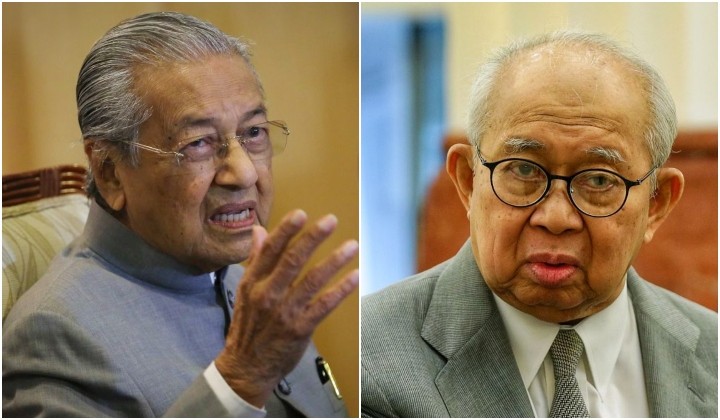 The two former rivals have expressed their intention to bring Malaysia back to being an Asian Tiger in light of the current politicking, as well as the Covid-19 pandemic.

No one should be deprived of food in our country, because our land is rich and fertile. We want to bring back the tiger in us for Malaysia to become the Tiger of the East again.

“Tomorrow there is a possibility the government might lose,” said Dr Mahathir, referring to the third reading of Budget 2021.

He said that if the government topples, he hoped that politicians would take the opportunity to see how they contribute, not what they could get for themselves.

Dr Mahathir also expressed his concerns about the current government rife with politicking, stating that most of the current politicians are more focused on securing their positions and wealth instead of focusing on developing Malaysia.

Tengku Razaleigh remarked that while the government reaction to distributing aid was commendable during the early phases of the pandemic, they have subsequently failed to help the poor- especially daily wage earners.

We want to see people who are sincere in helping the people and form a government that is dedicated to serving the people.

When asked about opposition leader Datuk Seri Anwar Ibrahim’s take on the matter, Dr Mahathir said “opposition leader” is just a title and that Anwar doesn’t lead the entire Opposition. He also revealed that the two are not in contact.

Old rivals, back together

Whispers of a possible alliance had begun earlier this year when a group photo of Dr Mahathir and Tengku Razaleigh tweeted in October was the subject of public speculation.

Dr Mahathir’s aide later confirmed that the picture was taken sometime in September at Tengku Razaleigh’s residence when he was invited over for an “ordinary dinner.”

This planned press conference comes more than a month after Dr Mahathir met with Tengku Razaleigh on a possible political cooperation, most notably with the idea of a unity government.

However, when asked today if a unity government was what he was hoping for, Dr Mahathir said regardless of what it was called, every government must be united otherwise it would not work.

Tengku Razaleigh had also written to the Dewan Rakyat in September and called for a confidence vote on Prime Minister Tan Sri Muhyiddin Yassin. He then boycotted the budget vote after speaker Datuk Azhar Azizan Harun refused to accede to the request.

When asked today if he would vote against the Budget tomorrow, he said he would not take part in the debates at all.

Many have called the pairing a curious one as the two men are known for their bitter rivalry that came to heads in the 80s where Tengku Razaleigh challenged Dr Mahathir in the 1987 UMNO leadership election.

This led to UMNO being split into two camps- Team A and Team B – with Dr Mahathir and Razaleigh as leaders of the respective camps. When Dr Mahathir managed to retain party leadership, Tengku Razaleigh split and formed the Semangat 46 party which later re-joined UMNO in 1996.