He still wants to race, but has been having trouble finding sponsors. 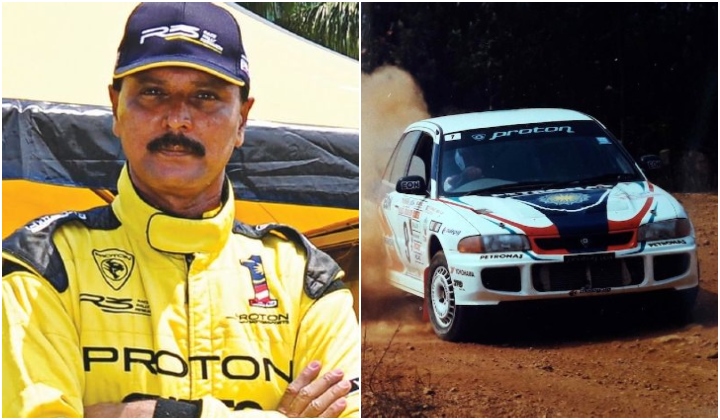 These days, not many still know the name Karamjit Singh, Malaysia’s Flying Sikh.

Still probably Malaysia’s best rally race car driver ever, Karamjit was the first Asian to win the Fédération Internationale de l’Automobile Production Car World Championship for Drivers on his first try back in 2002.

Now, the champion has been forced to sell his beloved 2004 Proton Waja for just RM7,000 to make ends meet due to the effects of the Covid-19 pandemic.

Through a post on his Facebook, Karamjit explained that he needed to use the proceeds from the sale to buy a new car so that he could work from Grab as an e-hailing driver.

He admitted that although he still loves his old car, he is forced to do so in order to meet the criteria required by Grab.

Back in the day, this was the Proton Waja 4WD rally car Karamjit used while racing for the Petronas EON Team and Proton Pert Malaysia Team, making many sacrifices for Proton and Malaysia to be on the world’s stage.

Speaking to Harian Metro, Karamjit said he no longer has any assets left. His cars, houses, and savings in his Employee Provident Fund (EPF) account had all been used up as capital to fund his rally career once upon a time.

Despite not getting any support from the government, Karamjit continued in his career as a rally driver, racing at the Asia Pacific level and making the country proud while funding his career out of his own pocket.

Now, the 58-year-old father of one believes that becoming a Grab driver is the most responsible thing he could do to continue supporting his family.

He also revealed that he is still waiting for the Ministry of Youth and Sports to fulfil their promise of rewarding him with a pension for his achievements as Malaysia’s World Rally Champion.

I’ve met with the Ministry in 2005 or 2006, and they told me that I’m eligible for a monthly pension for my achievements as a world champion, which is like winning a gold medal.

He said the Youth and Sports Ministry told him he could get RM5,000. However, that was just through the word of mouth, and he has yet to receive the pension.

I really need it for when I am too old to work. But, at the moment, I still want to race for at least another two to three years.

Karamjit, who has been a professional racer since 1985 shared that many of his fans want him to continue racing, and he too believes he can be successful. However, he is facing difficulties in securing sponsorship as the cost of racing is very expensive.

I am still able to be number one in Asia. My fitness is at its best and I think a lot of young people can’t beat me. I visit the gym four times a week in addition to hiking and mountain climbing to stay fit. In terms of skill, I am still number one.

Karamjit dominated the rally championship in Malaysia in the ’90s before going on to win the Asia Pacific Rally Championship (APRC) in 2001.

However, his most memorable achievement is definitely when he emerged as the WRC world champion for the FIA World Car Production category in 2002 even though it was his first year racing.