A civil suit was filed with the High Court calming Azmin Ali had cheated voters and failed his duties. 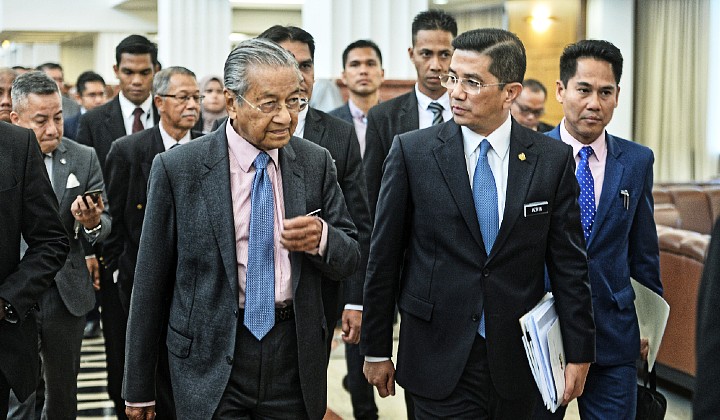 Recently, it was reported that 10 voters from Azmin’s constituency had filed a suit with the High Court naming the latter as the sole defendant for committing “tort of deceit” or having lied to them during the 14th general election (GE14).

The suit argues that Azmin had broken his constitutional oath as an MP under Article 59(1) and the Sixth Schedule of the Federal Constitution.

Apparently, the plaintiffs felt cheated by Azmin who ran as a Pakatan Harapan (PH) candidate in 2018 only to later switch sides during the “Sheraton Move” fiasco which resulted in the government takeover of Perikatan Nasional (PN), early this year.

The defendant committed himself to the PH manifesto and represented that if elected, he would abide by the same, which was to address the wrongdoings committed by Barisan Nasional (BN) when it was the federal government… During the campaigning period, the defendant had campaigned for votes on the basis of his membership in Parti Keadilan Rakyat (PKR) and PH.

Statement by the plaintiffs as reported by NST.

They also claimed that Azmin had caused the fall of the PH administration besides failing his duties as a publicly elected representative.

To quickly recap, the events in February saw Azmin and several other PKR MPs leaving the party to form alliances with leaders from BN, Umno, Bersatu, PAS and others – sealing Prime Minister Tan Sri Muhyiddin Yassin’s rise to power.

Dr Mahathir writes that he gives his full support to the plaintiffs and mentions that the nation’s courts were the perfect place to verify claims where a politician’s credibility and integrity is put into question.

The allegations that have been filed I have repeatedly stated myself… I am ready to offer myself as a witness in court if my statement is needed. I am ready to help.