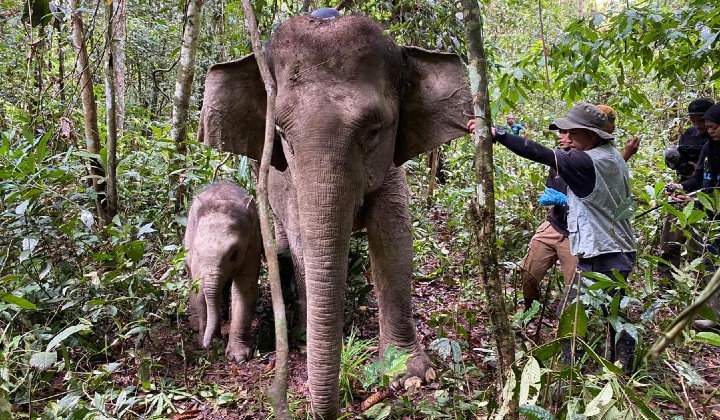 A Borneo pygmy elephant was found dead on November 22 in a plantation in Kinabatangan, Sabah. It is believed that she had been dead less than 24 hours before her body was found.

The elephant was a 20-year-old pygmy named Diana, who was previously collared by the Sabah Wildlife Department in conjunction with other NGOs.

A post-mortem was conducted by a veterinarian from the Sabah Wildlife Department in the presence of Kinabatangan police.

While Diana suffered no visible bodily injuries due to sharp objects, she was reported to have blood coming out from the mouth. Due to these observations, Sabah Wildlife Department director Augustine Tuuga notes that poisoning is suspected, although further investigations are still on-going into the elephant’s death.

Samples have been taken from Diana’s body for investigation and toxicology analysis.

Tuuga said that Diana’s death is being investigated under Section 37 of the Wildlife Conservation Enactment 1997 (for the killing of an animal).

Sadly, elephants are often killed or injured in Sabah for a myriad of reasons. They are often killed for their tusks to fund the ivory trade or chased out of plantations over fears of damaging crops. However, substances that are poisonous to elephants exist in the wild and also in areas of human development, which elephants may stumble onto unintentionally.

Still, every death of an elephant adds stress onto Sabah’s already-dwindling population of elephants, which number in the mere thousands only.