They managed to stop the chemical from reaching the Sungai Semenyih Water Treatment Plant. 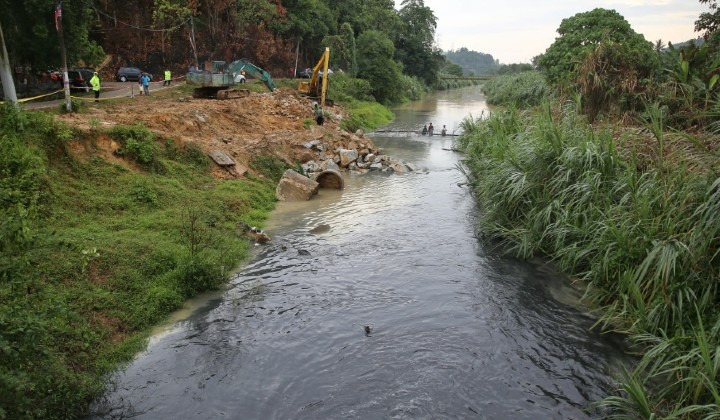 They’ve cited Selangor’s State Standing Committee on Tourism, Environment and Green Technology and Indigenous Affairs Chairman Hee Loy Sian who said that the Selangor Department of Environment (DOE) received a report on the pollution at 10 pm and then contacted the Kajang Municipal Council (MPKj) for immediate action.

The waste was found to have overflowed from the manhole and then flowed to the lake which is located in a club house near the area.

To neutralise the chemical waste from flowing into Sungai Beranang, he said, they had to use 20 bags of activated carbon.

Hee added that the chemical waste that smelled like hair dye was then cleaned using two Indah Water Konsoritum (IWK) trucks, adding that the nearby IWK plant in the area also had to be closed yesterday to enable the work to be carried out.

The plant is about one kilometer away from the nearest lake.

According to him, the incident was the third pollution incident to have occurred at the location since 2018.

The state announced a RM20,000 reward yesterday to members of the public who provide information that can lead to the capture of the culprits, based on reports by The Edge.

Selangor Menteri Besar Datuk Seri Amirudin Shari said it’s to get the public’s involvement in combating environmental crime activities in the state and the information is needed to arrest perpetrators and take legal action against them.