Furious arguments broke out in parliament during budget vote. 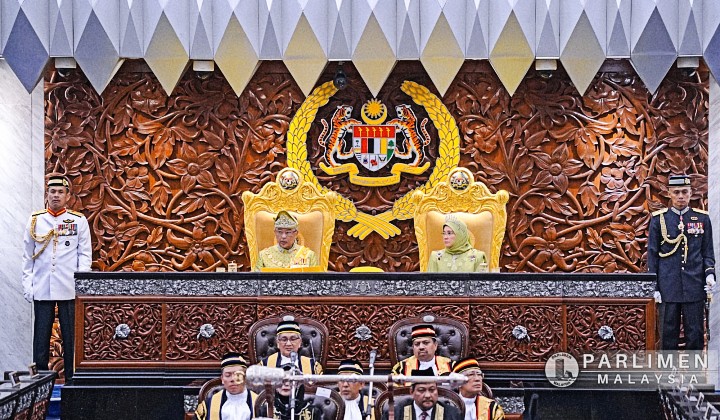 The Malaysian Parliament met today (26 November 2020) to debate and vote on the 2021 Supply Bill.

With an allocation of over RM322.5 billion, Budget 2021 tabled by the Perikatan Nasional (PN) administration on 4 November, is the single largest public expenditure ever proposed in the nation’s history.

The budget would needed either a simple majority of 112 votes or a two-thirds majority of 148 votes by Members of Parliament (MP) in order for it to pass.

At around 3 pm today, Budget 2021 was passed on a majority “bloc vote” and the Bill will be debated on the Executive level on 30 November.

At 2.19 pm Finance Minister Datuk Seri Tengku Zafrul Abdul Aziz began his winding-up speech at the policy level of the 2021 Supply Bill and said that it is a “Covid-19 budget for survival” of the people and the economy.

Datuk Seri Dr Dzulkefly Ahmad (Kuala Selangor – PH) is the first one to interrupt the Finance Minister, asking that if Budget 2021 was for the “survival of the rakyat” then why were allocations given to the healthcare sector lower than that of Budget 2020.

During this, Nurul Izzah Anwar (Permatang Pauh – PH) interrupted to say that the majority of EPF contributors have less than RM10,000 in their accounts and added her opinion that the fund must only be used as a “last resort”. Tengku Zafrul said that based on a government “scenario sensitivity analysis”, the allowance given for the rakyat to withdraw from their savings won’t affect EPF’s dividend and earnings.

As bickering ensued, Dewan Rakyat Speaker Datuk Azhar Azizan Harun cut in to say that many of those asking questions during the debate seems to only be interested in distruptions. Khalid Abdul Samad (Shah Alam – PH) could then be heard saying that it was the Speaker who was disrupting the proceedings.

Later, Khalid Abdul Samad stood again to say that the PN government had “falsified facts” and “lied” about engaging with the Opposition to discuss the budget, to which several voices can be heard replying that the Pakatan Harapan (PH) administration had done the same during Budget 2020.

The Hall later saw MPs breaking into more arguments before the Speaker stepped in to say that the day’s sitting was an embarrassment. “We are debating the budget, the rakyat can see us.”

In closing his speech, Tengku Zafrul pleaded with MPs to let the Hall bear witness that they could set aside political differences at least temporarily to pass the Budget.

As Tengku Zafrul sat down, the Speaker called for a “voice vote” and announced that more voices could be heard in support of passing the Budget.

Datuk Mahfuz Omar (Pokok Sena – Amanah) then called for a bloc vote – which requires just 15 MPs to stand in support of a recount.

At 3.27 pm, saying that not enough MPs had supported bloc voting, the Speaker announced that the Budget had been passed.