Arrivals from Sabah will be subjected to mandatory Covid-19 screenings three days before they leave the state. 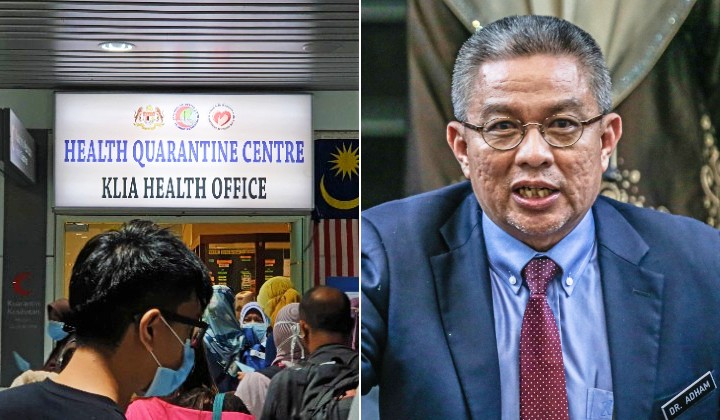 Beginning 25 November 2020, travellers arriving from Sabah will no longer be required to undergo 14-days of quarantine and would instead be subjected to mandatory Covid-19 screening three-days before departing the state.

The announcement came from Health Minister Datuk Seri Dr Adham Baba stating that the decision was made by the National Security Council (MKN) following the drop in cases across the state.

He explained that travellers who show symptoms of Covid-19 and test positive for infections will be flagged and isolated for treatment, while asymptomatic travellers who test negative would be allowed to leave Sabah.

The minister added that those permitted to leave Sabah are also required to utilize the MySejahtera contact tracing mobile application.

The standard operating procedure (SOP) change came just weeks after it was announced in October that all travellers from Sabah would need to self-quarantine for 14-days despite getting negative test results.

It’s also noted that the Bah Bercham Cluster in Perak was the direct result of an infected patient skipping mandatory quarantine orders.

Commotion in the House

Reportedly, there was a commotion in the Dewan Rakyat where Opposition Members of Parliament (MP) questioned why Keningau MP Datuk Jeffrey Kitingan was allowed to attend Parliament and claimed that the politician had not served the required 14-day quarantine after arriving from Sabah.

Jeffrey Kitingan was said to have been placed under a mandatory Home Surveillance Order (HSO) from 12 till 25 November. It was later clarified that the MP had received an official release order on 23 November after getting a negative test result.