The pilot and a passenger appear to be unharmed. 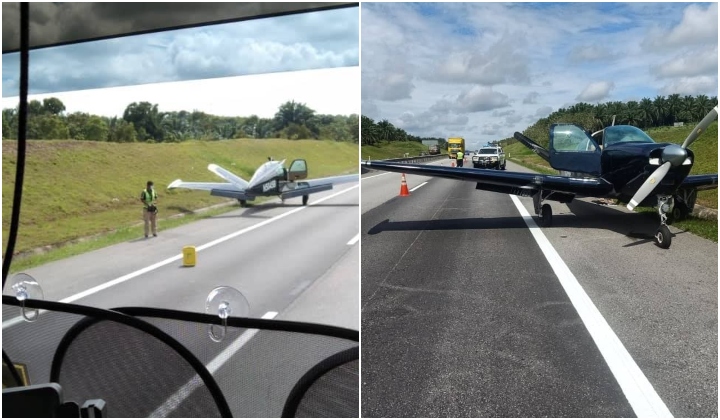 It was a shocking sight for drivers along North–South Expressway (PLUS) when a plane landed in the middle of the highway this morning near Kulai in Johor.

Images circulating online showed the lightweight craft on the emergency lane at kilometre 47.9

Kulai district police chief Superintendent Tok Beng Yeow told Harian Metro that the plane did not crash onto the highway, but was forced to make an emergency landing.

It is reported that the pilot and a passenger on the plane are unharmed.

The police are still investigating the events that led to the plane’s emergency landing on the highway.

He explained that the Johor CAAM air traffic control tower received a call at 10.40am from the pilot requesting permission to turn back to Senai International Airport in Johor Bahru because of technical problems.

The Transport Ministry’s Air Accident Investigation Bureau will be conducting a full investigation on the incident.