If cases decrease even more, the CMCO could be lifted sooner! 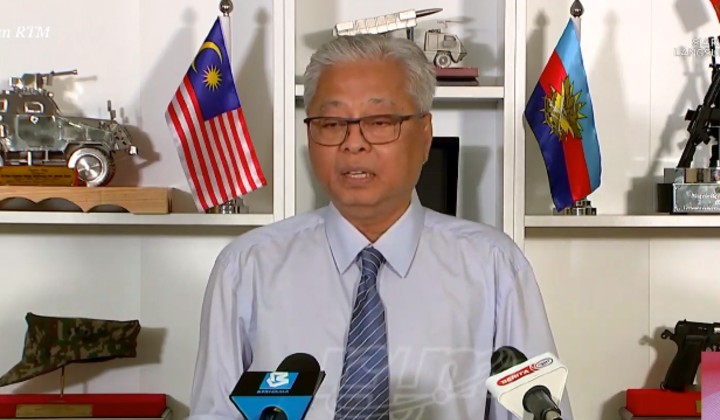 In his daily press conference, he said that although these states will longer be under the CMCO, they will still have to comply with Recovery Movement Control Order (RMCO) SOPs.

Kedah has seen a decrease in cases since 5 November until 18 November with 85 cases recorded and Ismail Sabri said that the situation at the state is in under control based on the risk assessment made by the Ministry of Health except for Kulim which still has 23 active cases.

He said 21 November will be the last day that the state will be under the CMCO while Kulim’s CMCO will be extended for another 2 weeks.

Ismail Sabri added that if there’s a decrease in cases, there’s a possibility that it’ll be lifted sooner.

As for Melaka, he said that 61 cases have been recorded in state but as of 18 November, there’s only 48 active cases and based on MOH’s risk assessment, the situation there is under control as well.

Melaka’s CMCO will end on 21 November.

Terengganu has accumulated 230 positive cases but as of 17 November, Ismail said there’s only 19 active cases and the government has decided to lift the CMCO starting 21 November.

Since 5 November, 82 cases have been recorded in Johor, but as of 16 November, the data shows a decrease in active cases, except for Kota Tinggi and Mersing with both districts recording 36 and 8 cases respectively.

Ismail Sabri said Johor’s CMCO will end on 21 November, except for Kota Tinggi and Mersing.

He added that if these districts show a decrease in cases, it’ll be lifted sooner in these areas.

Meanwhile, Kelantan will be under the CMCO starting 21 November until 6 December to allow for the MOH to conduct testing and also reduce movement to curb the spread of Covid-19 in the state.

Ismail Sabri said the same CMCO SOPs such as restrictions on inter-district travel, inter-state travel and three passengers in one vehicle will apply to the state.