People are not happy with the irresponsible behaviour. 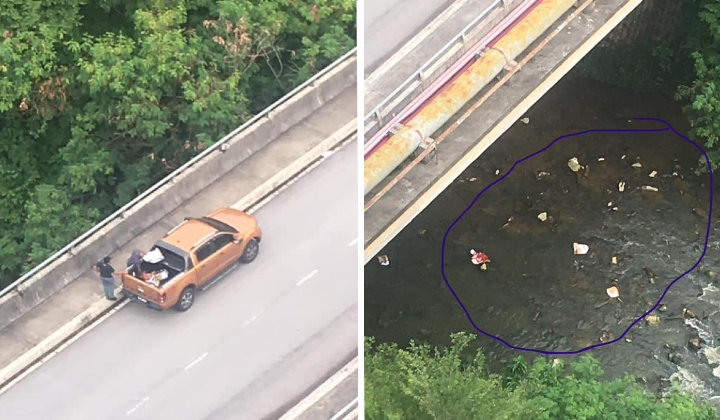 Two individuals were caught on camera for dumping waste into a river in Puchong which outraged netizens for their reckless behaviour.

In a Facebook post uploaded by user Brandon Chee, the two men were seen in an orange truck with the garbage stored in the rear compartment of the vehicle.

They stopped at the side of the road and began offloading the trash, before driving away like nothing happened.

He said that the incident was caught by his friend, who was living at a condominium in Puchong.

Naturally, netizens weren’t too happy with the irresponsible behaviour, especially with the series of water disruptions that happened in Selangor recently which was due to pollution.

Others urged the user to report to the authorities.

The incident in Puchong is one of many in the state, such as in Sungai Gombak which has been going on for years.

One of the reasons why that river is heavily polluted is mainly due to costs, as it was cheaper to dispose the garbage at the river than disposing it properly.