MOH has been tasked to asses risk if CMCO can be lifted. 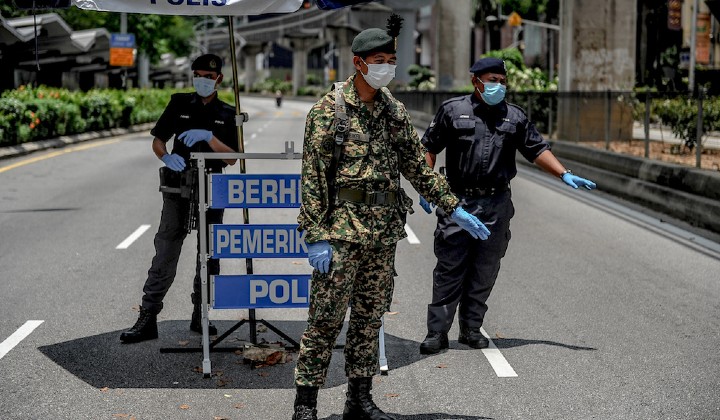 Senior Minister (Security) Datuk Ismail Sabri Yaakob said that he would announce any updates to the Conditional Movement Control Order (CMCO) enforce across the country, this Friday (20 November 2020).

The CMCO enforced in Peninsular and East Malaysia – except Perlis, Pahang and Kelantan – was scheduled to end on 6 December.

The minister explained that the Health Ministry (MOH) had been tasked to conduct Covid-19 risk assessments to determine if the CMCO was still necessary, especially in states that have seen improvement in declining cases.

He said that the CMCO in these areas could come to an end sooner than expected if MOH deems it is safe to do so.

Although I previously mentioned that the CMCO will be enforced for one month, I’ve also mentioned that we will be making evaluations every two-weeks… MOH will present their findings this Friday… We don’t know yet, so wait and pray.

Previously, the National Security Council (NSC) mentioned that the CMCO might be ended earlier if infection numbers dropped in affected states.

Health Director-General Tan Sri Dr Noor Hisham Abdullah had also stressed that the nationwide CMCO had not been a failure and was successful at keeping down the number of new cases.