He slapped the employee because she scolded him. 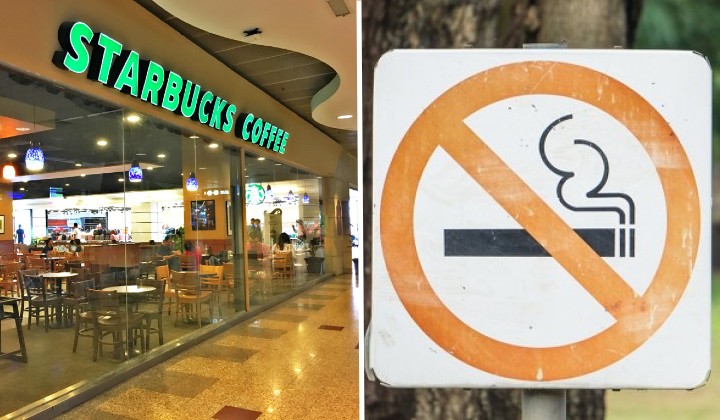 A man was fined RM1,000 and was given three months jail time by the Magistrate’s Court’s after he slapped a Starbucks employee who reprimanded him for smoking at their premises.

According to Bernama, Mitchel Glend Samson, 27, pleaded guilty for causing hurt to Nur Hanisah Abu Hasan, 23, at a Starbucks outlet in Plaza Berjaya on 13 November.

It was also reported that he was not allowed to enter the shop as he was labelled with a “High Risk” status when he scanned the MySejahtera application at the shop.

Samson then waited at the outdoor seating area with a cigarette while waiting for his friend to buy him a drink.

The Starbucks employee then approached me and chided me for smoking. I admit that I was wrong to have raised my hand to her. I apologise and seek a lenient sentence because I have a family in Sabah to support.

All food and beverage outlets in the country have been gazetted as a smoke-free area since 1 January 2019 with a 12 month grace period to educate the public on the change.

Smokers have to be at least 3 metres away from food and beverage establishments before they could light up.

What is a “High Risk” individual?

According the Health Ministry, MySejahtera users classified as Person Under Surveillance (PUS), Person Under Investigation (PUI), Casual Contact or Close Contact to a Covid-19 patient will receive ‘High Risk’ status.

The Ministry said that allowing entry into the premise for ‘High Risk’ visitors is at the discretion of the premises.