They’re trying to strike a delicate balance between maintaining the people’s wellbeing and breaking the chain of Covid-19 infections. 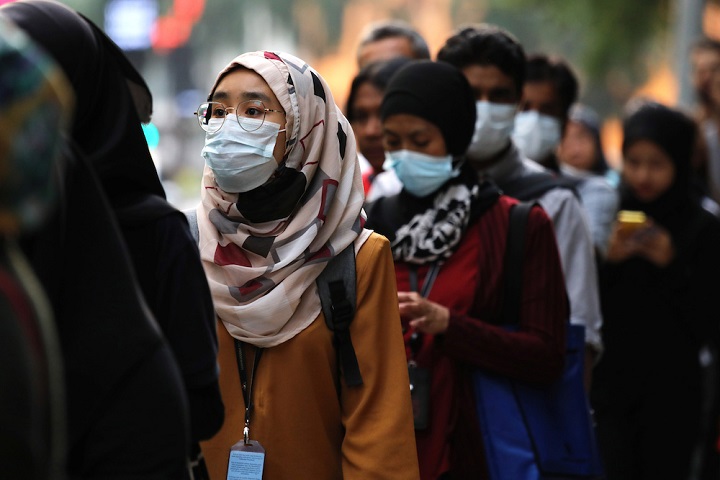 The government has on several occasions reviewed and amended the standard operating procedures (SOP) issued under the various movement control orders (MCO). This has caused confusion among the people, especially as they struggle to keep up with the changing rules.

However, according to the Deputy Director-General of the National Security Council (NSC) Datuk Rodzi Md Saad, these revisions are made after considering various important factors that come into play.

While speaking during an interview on Malaysia Hari Ini, Rodzi explained that the main intention of the SOP is to break the chain of Covid-19 infections in the country.

He acknowledged that since the first MCO was implemented in March 2020, the government changed the SOP from time to time, adding that this has resulted in confusion among the public.

However, understanding the basic intention of the SOP, can help alleviate any confusion and anxiety about what is allowed and what is not.

The SOP is in place to control and limit the movement of the people, which in turns breaks the chain of infection and flattens the curve.

The SOP has been proven to work

Speaking of the recent third wave of infections, Rodzi highlighted that the SOPs used are based on the same ones issued in March and have already proven to work in bringing down the number of new daily infections.

Suddenly after eight months, issues that should not be issues come up. As a citizen, I felt that we were already clear (about the SOPs). Why were there none of these problems before this?

He goes on to explain that when problems like these arise, they need to be thoroughly studied to see if the issue is only present in certain places, or if its a general problem faced by citizens nationwide.

So, if this issue only arises in one or two places, while no similar problem arises in the rest of the country, we need to determine if we are the ones who have incorrectly understood this SOP, or if the SOP itself is faulty.

If the SOP has been found to affect a certain locality differently, it will be revised by the government and they will decide if rules need to be changed in only the affected area, or if the change needs to be a blanket rule.

Which brings us to the next issue…

SOPs are changed to cater to the needs of the people

Every day we monitor and look into problems that are faced by the people.

Recently the government announced that it had revised its earlier rule to allow three people, instead of two people per household, to go out and travel together in the same vehicle.

READ MORE: 3 People From Same House Allowed To Travel In 1 Car During CMCO

Rodzi explained that the original intention of setting the limit to two people was to speed up the efforts of breaking the chain of infection.

However, since then, it came to their attention that some members of the public, such as people with disabilities (OKU), senior citizens or single mothers may have difficulties adhering to this rule.

An example I use is: If two senior citizens are husband and wife who live in the same house. They have an appointment at the hospital and need to travel. If only two people are allowed in a car, this would be difficult from them.

He said the amendment was made because the government is trying to achieve a balance between maintaining the wellbeing of the people and breaking the Covid-19 infection chain.

While explaining why different SOPs are implemented in different Malaysian states, Rodzi said that these regulations were decided based on the differing Covid-19 data gained in each state.

This is a point that has been reiterated by Health Director-General Tan Sri Dr Noor Hisham Abdullah too, who has said during his press conferences that the CMCO implemented in the Klang Valley was a proactive action that was taken due to the area’s high mobility factor and dense population.

This meant that the infection rate in the Klang Valley would be higher compared to other states, and this has been reflected in the high number of new daily cases.

Rodzi added that even Sabah’s differing time zone came into play when deciding its CMCO SOP.

Let’s take Sabah for example. Why do we close certain premises at 6pm? Because we know the time zone in Sabah is an hour earlier than on the peninsula. Of course, it would not be appropriate to close shops at 10pm.

Understanding the struggle to keep up with the changing SOPs, NSC currently broadcasts updates on various media platforms to reach as many citizens as possible.

On top of that, NSC also broadcasts updates and reminders via SMS to our phones and uploads all SOPs and changes to their official website.

You can watch Rodzi’s full interview below: